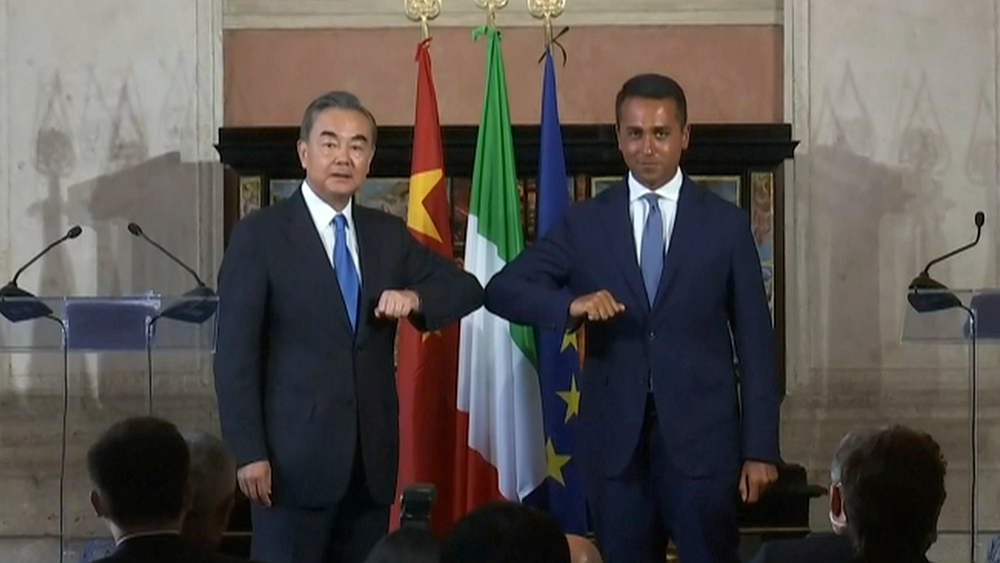 Wang made the remarks at a press briefing here with Italian Foreign Minister Luigi Di Maio after their talks.

Claiming to launch "a new Cold war" is to reverse the course of history, to serve one's own interests and to kidnap people from all over the world, he said.

In Wang's view, such an attempt "is against the world development trend. And I think countries in the world are not going to be behind this mentality. Instead we are going to join hand to oppose anyone who is trying to drag us back into that 'law of the jungle'."

Italy is the first leg in Wang's first foreign tour as the COVID-19 epidemic eases. The official visit in Europe from Aug. 25 to Sept. 1 will also take him to the Netherlands, Norway, France and Germany.