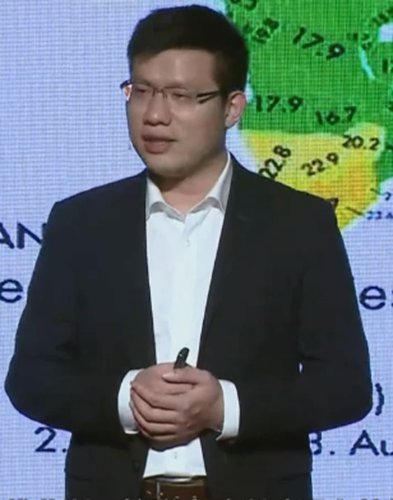 Four years ago, Yang Tao, a former Huawei employee, quit his job and established e-commerce platform Kilimall. He named it after Mount Kilimanjaro, the highest mountain in Africa, hoping it would be the top e-commerce website in Africa.

Yang can still remember the day he first landed in Kenya. It was December 8, 2012. The Hunan native, then 29, was an employee of Chinese equipment maker Huawei sent to the East African country to support M-PESA, the mobile payment service for Safaricom, Kenya's leading mobile network operator.

Contrary to public perceptions, many countries in Africa are leaders in mobile money, including Kenya. By 2015, over 17 million Kenyans, or over two-thirds of the adult population, used M-PESA, according to a report by the Economist. Kenya is also the global leader in internet traffic coming from mobile phones, at 83 percent, local newspaper the Standard reported.

While Yang was impressed by the relatively strong digital infrastructure in Kenya, he was also struck by how inconvenient it was to shop. Yang found that apart from local produce and real estate, many things in Kenya are overpriced. Due to its weak industry, consumer goods in Kenya were mostly imported with a high profit margin earned by intermediaries and marked by a lack of variety. Most of the best-selling products are made in China.

"As a Chinese, there seems to be something I can do," he told Southern Metropolis Daily.

Yang's first idea was to open a web shop on an existing e-commerce website and import goods from China.

In 2014, neither Amazon or Alibaba had entered the African market. But the local e-commerce market was budding. Sales on Jumia, an e-commerce platform launched in 2012, for example, increased by 900 percent in 2014, according to online newspaper Ventures Africa.

That spring, Yang quit his job and went to the electronics market in Huaqiangbei, Shenzhen.

Yang selected several models ranging from 10 to 30 yuan, which he thought were both inexpensive and of good value for money for Kenyan consumers. As a gift, the owners sent him two kilograms of one-yuan earphones.

The models Yang selected, however, didn't sell, and the 1 yuan earphones were soon sold out. Due to inventory problems, Yang's web shop didn't work out. But he didn't give in and decided to establish his own e-commerce platform.

From the ground up

It's not difficult to set up an e-commerce website in Africa. There are lots of open-source templates for commercial use.

What's difficult is to make these websites work. With poor courier services, delivery within the same city can take three to seven days. While mobile payment is pervasive, cash is still king in online shopping. Due to the lack of trust between buyers and sellers, most online deals require cash on delivery. Yang had to tackle every issue one by one.

Tech-savvy middle-class citizens in Kenya became the first customers of Yang's web store. Over one month after its launch, Kilimall got its first order, a blue waterproof loudspeaker placed by an Indian who used to work in the China Road and Bridge Corporation. Yang and his team delivered the order themselves.

The first spike in orders occurred after a seller launched a new bedding set on the website. Many people who were not used to placing orders directly online flooded to the company's two-floor office to check out what the set was really like. In a speech on Yixi, China's equivalent of TED talks, Yang said he could still remember the satisfied facial expression of an old woman when she touched the bedding sheets.

"We feel it's our responsibility to bring products with good quality and good value for money. One of our missions is to raise the living standards of African people," he said in the speech.

Yang set up its own delivery team. In each city, he hires locals to form a courier team. While this adds operational burden to a start-up company, Yang said this isn't necessarily a bad thing. "In Africa, there are no third-party service providers, and we have to have our own logistics, payment and service team. But this can be our advantage," he told baijingapp.com.

Kilimall launched its Uganda website in 2016, and entered the Nigerian market in 2017. Besides giving access to local vendors, Kilimall also set up a company in China to attract sellers in Chinese trading hubs such as Shenzhen, Yiwu and Dongguan.

The wives of Huawei employees, who accompanied their husbands to Africa, became an important component of the company's workforce in Kenya.

In many areas, local employees brought in many business inspirations. They helped promote the website by inviting local celebrities to open stores on their website, sponsoring fashion shows, and placing advertisements on the M-PESA platform.

But they also brought in management difficulties. Some would refuse to do night shifts, and some would go back on their words without explanation.

In 2015, a Chinese manager fined a Kenyan employee 5 shillings for being late for work.

The Chinese managers didn't know that fines are against the country's labor regulations, and many Kenyan employees in Kilimall, angry at the fine, resigned and reported Kilimall to local authorities.

The incident taught Yang how important localization is. As he worked more with local people, he said he can relate more with them and discovered many good qualities among Kenyans, including how they respected the law and written agreements.