Appointed by Xi Jinping, general secretary of the Communist Party of China (CPC) Central Committee, and Li Keqiang, Chinese premier, State Councilor Wang Yong, on behalf of the CPC Central Committee and the State Council, led comrades from relevant departments of the State Council to go to the explosion site in Xiangshui County, East China’s Jiangsu Province, to guide the rescue and emergency response work and visit the injured. 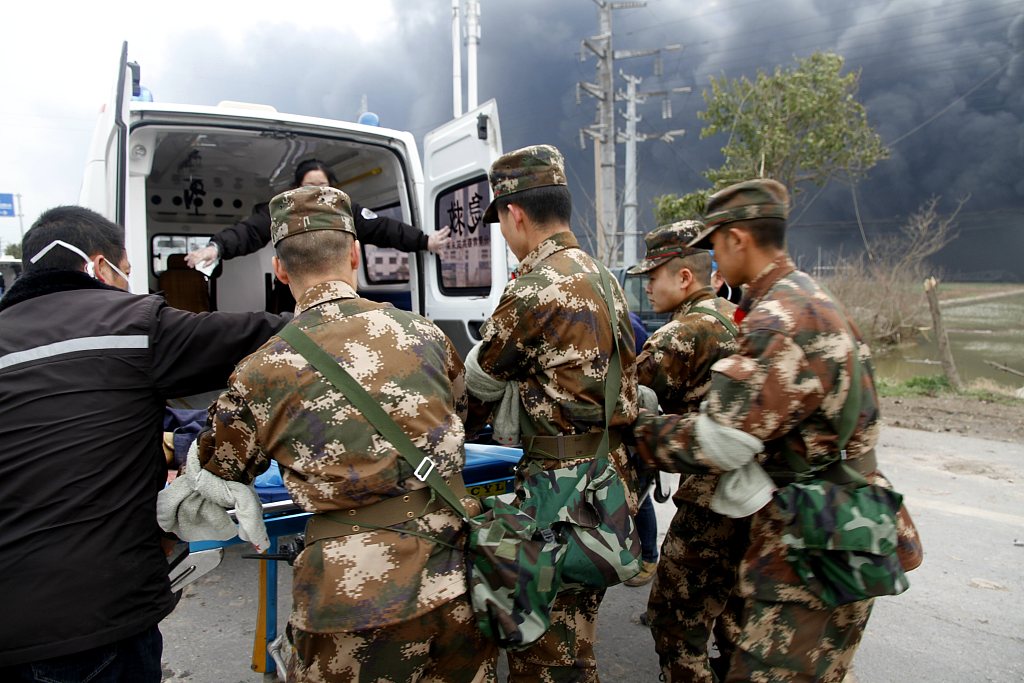 Officers of the Yancheng Division of the Jiangsu Armed Police Corps transfer the injured at the explosion site in an industrial park in Xiangshui County on Thursday. (Photo: VCG)