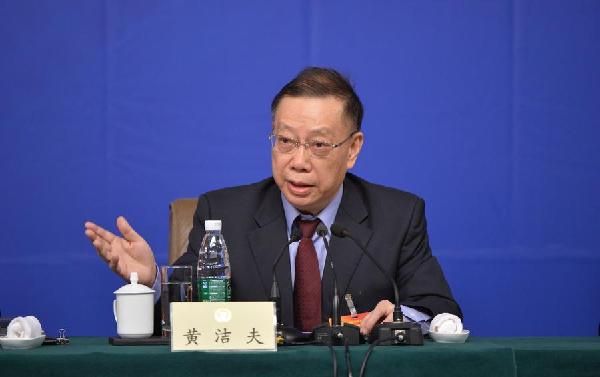 China's former vice minister of health Huang Jiefu on Wednesday called for the establishment of a central authority and complete legal system to supervise bioscience experiments in China, noting that the controversy surrounding baby-gene editing has greatly impacted the international reputation of the country's bioscience. Reputational damage

"I strongly condemned the so-called 'head transplant' surgery in 2017 and got the support of the scientific community. But that case slowly faded out from the public mind. He Jiankui's case is more serious because the abuse of gene-editing technology will have an impact on the future of humanity. Scientists all over the world have stood up to oppose it," Huang Jiefu, former Chinese vice minister of health, told the Global Times during an exclusive interview on Wednesday.

Italian surgeon Sergio Canavero in November 2017 claimed to have conducted the world's first head transplant on a corpse at a Chinese hospital. Canavero had dismissed ethical concerns, saying he performed the operation in China because China was "the right place."

"The CRISPR-cas9 technique He adopted is a mature technology in the world, rather than an innovation," Mao Yilei, a biomedical researcher from the Peking Union Medical College Hospital (PUMCH), told the Global Times.

Zhao Haitao, a scholar from the PUMCH who specializes in gene studies, told the Global Times that the technique does not guarantee accurate excision of CCR5 gene because of the possibility of "off-target" editing.

"Off-target" editing happens when the molecular editing tools target and alter the wrong spot in the genome, which could have serious consequences.

"What is most terrifying is that we can never know what the kid's gene would really look like," Zhao said.

Both Mao and Zhao noted that biomedical scholars should by no means be allowed to edit human genes, because "nobody knows how human beings would change once we do this procedure."

Whether or not He's experiment was approved by a strict ethics review has been a focus of debate.

A document circulated online, which showed an application for ethics review to the ethics committee of the Shenzhen HarMoniCare Women and Children's Hospital, has been confirmed to be forged. During the Second International Summit on Human Genome Editing on Wednesday in Hong Kong, He claimed that "the research has been submitted to ethics committee for supervision," but he didn't clarify where the "ethics committee" is located.

An ethics committee was created in China for the first time in 1987, according to an article titled "Looking back and thinking on the development of Chinese hospitals' ethics committee" published in the 584th issue of the Medicine and Philosophy magazine. As life science technology, including organ transplantation, developed rapidly in the mid-1990s, hospitals at all levels established ethics committees as required by the central government, Huang said.

However, currently, ethics committees in China are facing problems such as uneven management and lack of certification standard and regulatory mechanism, Huang added.

"Some hospitals' ethics review committees are doing 'paper work,' they are formalistic and not strictly organized," Huang said.

Some clinical trials, such as biotherapy and stem cell treatment, can be very risky, which means life safety of patients' under these treatments could not be guaranteed, Huang said.

Under these circumstances, it is difficult to prevent scientific workers from crossing the red line due to a lack of related laws, Huang noted.

Talking about the hospital committee that approved He's gene-editing experiment, Huang said he is worried that the members of the committee probably could not even spell "CRISPR-cas9" right.

"How could you ensure the safety of the experiment if it is approved by such people?" Huang quipped.

Zhong Shouxian, an 85-year-old medical expert from the PUMCH, told the Global Times that there is a lack of complete organizational structure as well as legal system for ethics committees in the country.

"Even a very small hospital has its own committee, but how to limit their authority and guide them remains to be decided. Detailed regulations covering all aspects of the committees need to be promulgated," Zhong stressed.

China's top health authority and Ministry of Science and Technology jointly issued a regulation on ethical experimentation in 2003 to guide experiments related to humans, embryos and stem cells.

However, Huang noted that China's science and technology has developed far beyond the purview of the law established decades ago.

"Even the law for organ donation and transplantation which has improved a lot in recent years is still imperfect, not to mention one for gene editing," Huang pointed out.

Huang said that it is necessary to set up a national authority to take charge of the ethics review.

"I hope the country can start to pay attention to the problem after the occurrence of gene-edited babies. There is an urgent need for a national ethics review committee as well as a legal system to regulate bioscience," Huang stated.

As to the committee members, Huang stressed that they should include not only medical experts, but also ethics and legal professionals, and even the public.

The members should not have a conflict of interest with the project they are reviewing to guarantee the fairness of the committee, Huang pointed out.