To improve efficiency and boost economic vitality, the central government has been working on separating government functions from those of State-owned forestry enterprises since 2015. 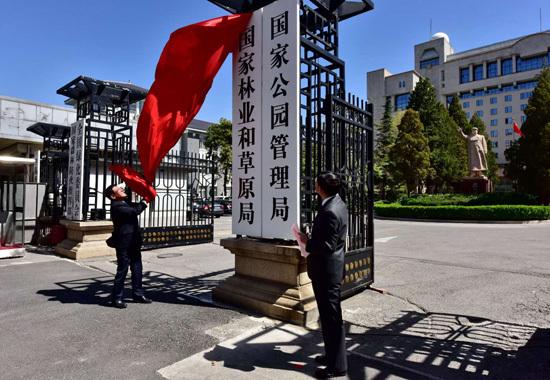 In an ongoing process lasting more than three years, the functions of 706 institutions and 51,000 forestry enterprise staff members have been transferring to the local governments in three major forestry regions — the provinces of Heilongjiang and Jilin, and the Inner Mongolia autonomous region — an official from the National Forestry and Grassland Administration told a news conference on Monday.

Li Zhihong, deputy head of the administration's forest resources management department, said communities had formed and flourished on the basis of the forests in those regions. Before the reform, forestry enterprises were set up to manage timber resources and assume some functions of local government by providing public services such as education, electricity and police.

"The reform work needs to be completed by 2020 according to the guideline issued by the State Council. In the next step, we will speed up rearranging the management departments of enterprises and push the local governments to undertake their responsibilities, which will be separated from the forestry enterprises," Li said.