A video of a fireman covered with steam was posted on China’s TikTok and went viral on social networks in China. The steamy fireman gave the illusion of being an ancient Chinese immortal who lives in the clouds and walks on the air.

Wang Dongdong, the fireman in the video, just put out a fire and was cooling off outside, when someone shot this video. The fire was so hot that the temperature around the firefighters became sweltering. However, the outside was only 0 C, which bestowed the illusion of clouds when firefighters removed their gear. “They do not look like immortals, but they are immortals on Earth saving lives,” Tianya, a Weibo user, said. 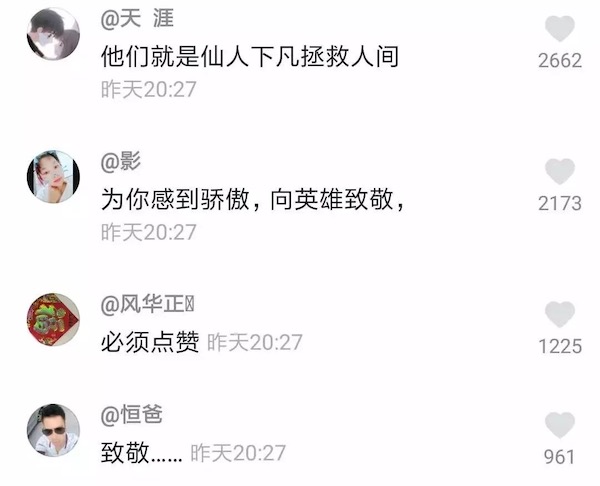 Ignoring his stinging eyes, Wang diligently cleaned his helmet first. Many people were moved by the video. Some Weibo users said that they appreciated the people who stay at their stations to work hard.