Stories of Chinese Communists shared by Xi: A halved quilt 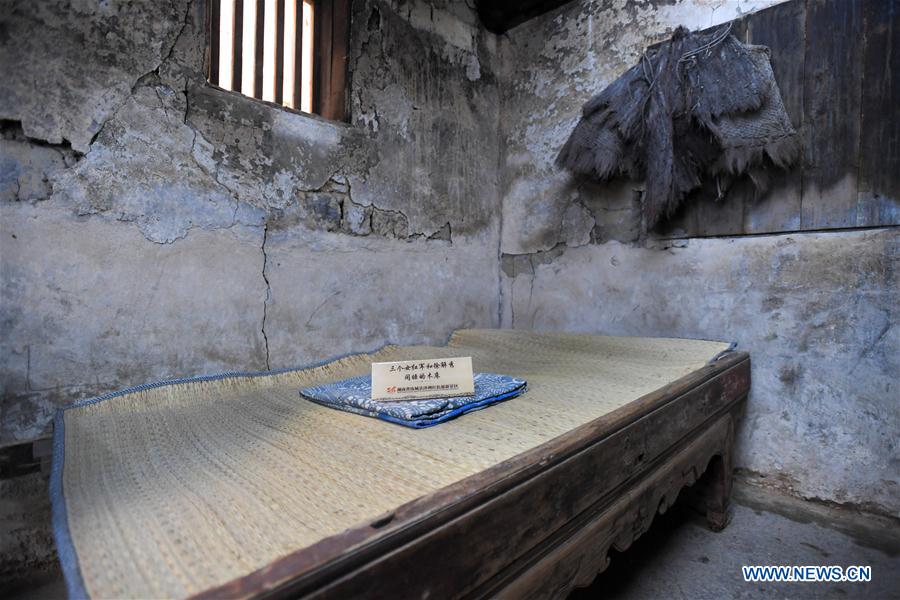 On a rainy winter night of 1934 when passing through Shazhou Village in Rucheng County, Central China's Hunan Province, three female soldiers of the Communist-led Red Army sought shelter in the home of Xu Jiexiu, who was living an impoverished life with her husband and her 1-year-old son.

Xu opened the door and let in the three soldiers. She shared her 1.2-meter-wide bamboo bed with them.

The three female soldiers found there were only worn-out batt, and they took out the only cotton quilt they had and covered Xu, her child and themselves up.

Before leaving, the three soldiers cut the quilt and left half for Xu, telling her they would come back with a brand new quilt after the final victory.

Not long later, KMT soldiers searched the village after the Red Army left and found the cut quilt in Xu's house and burned it.

Xu never saw them again until died in 1991. She always told her children and grandchildren that the Communist Party was a group of people who would cut the only quilt they had in half and give it to those in need. 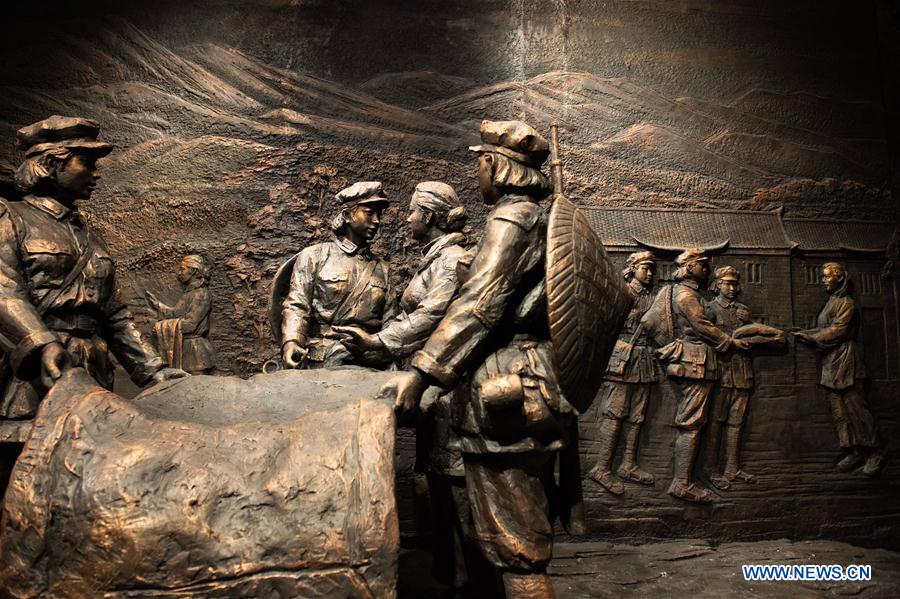 Photo taken on June 24, 2019 shows part of an exhibition hall that commemorates the story about a halved quilt in Shazhou Village of Rucheng County, central China's Hunan Province.

Addressing a gathering to commemorate the 80th anniversary of the victory of the Long March on October 21, 2016, President Xi Jinping recounted the story.

"The old woman [Xu] said, 'Who are the Communist Party members? They are those people who have only one quilt, but give half to the masses,'" Xi said.

"Standing together with the people through thick and thin, sharing the same blood and life and death is the fundamental guarantee for the victory of the Long March achieved by the Party and the Red Army and for us to overcome all difficulties and risks.”

(Compiled by Huang Jingjing and He Jinying)