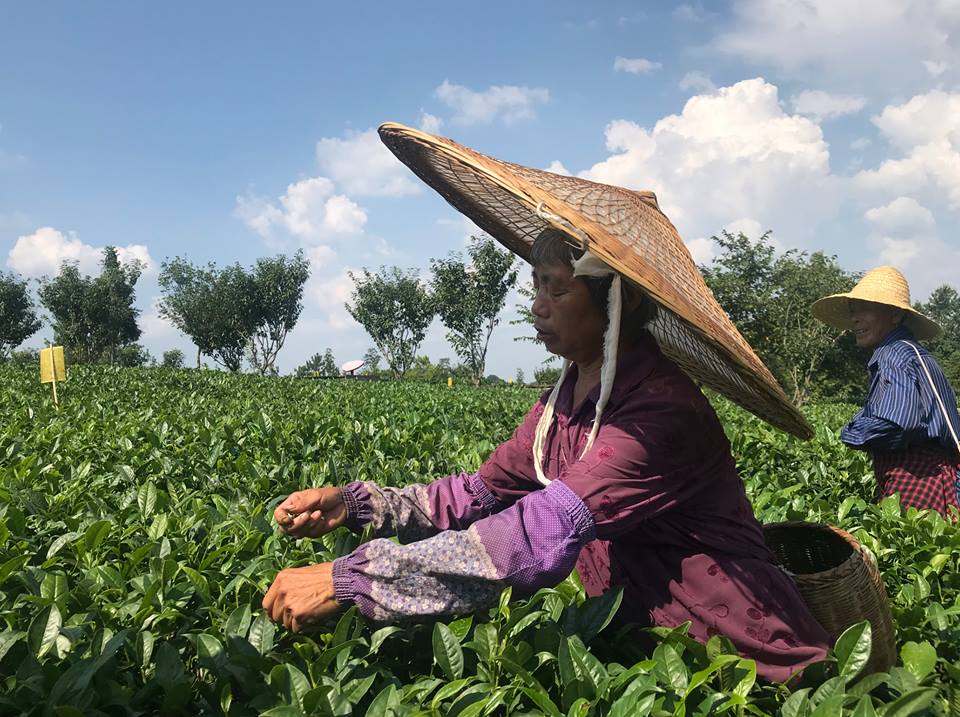 Situated in Zunyi, southwestern China's mountainous Guizhou province, Meitan County is the largest tea production base in the region and produces some of the country's finest tea which are sold all cross China and now even abroad. The booming tea industry has transformed the once poverty-stricken small town into a regional economic engine.

Dubbed as the “first ecological tea-growing village in West China,” Hetaoba village in Meitan County, where 887 families are involved in the tea planting and processing sector, is one of the first area in Guizhou to taste the benefits of tea-growing.

Tian Jinlian, a 66-year old tea farmer, and her husband have been growing tea in Hetaoba village for over 30 years. “We used to grow other crops, like corn and rice, but tea-growing are more profitable,” Tian told People’s Daily.

Favorable policies from governments and banks allow tea farmers to expand their businesses.

Yu Kunqiang, a local resident who starts as a tea planter, now works as a tea collector, earning up to $7,000 per year. Using his self-built house and tea collecting records as endorsement of credit, he can manage to borrow 500 thousands yuan ($73,900) from banks with a relatively low interest rate.

In recent years, a series of companies, including Unilever, Swire and the state-owned COFCO Corporation, reached agreements respectively in Guizhou about tea sales and production, bringing Guizhou’s high-quality tea to international consumers.

Its not just tea that Meitan is serving. The sight of a green ocean of leaves covering nearby mountains, men and women in their colorful bamboo hats working through rows of tea bush, and its ethnic-styled residence houses all make the county a place worth visiting and discovering.

Tourism products such as tours of tea-picking experience and tea products DIY workshops were developed to attract more visitors to the tea-growing town, adding tourism revenues to the region.