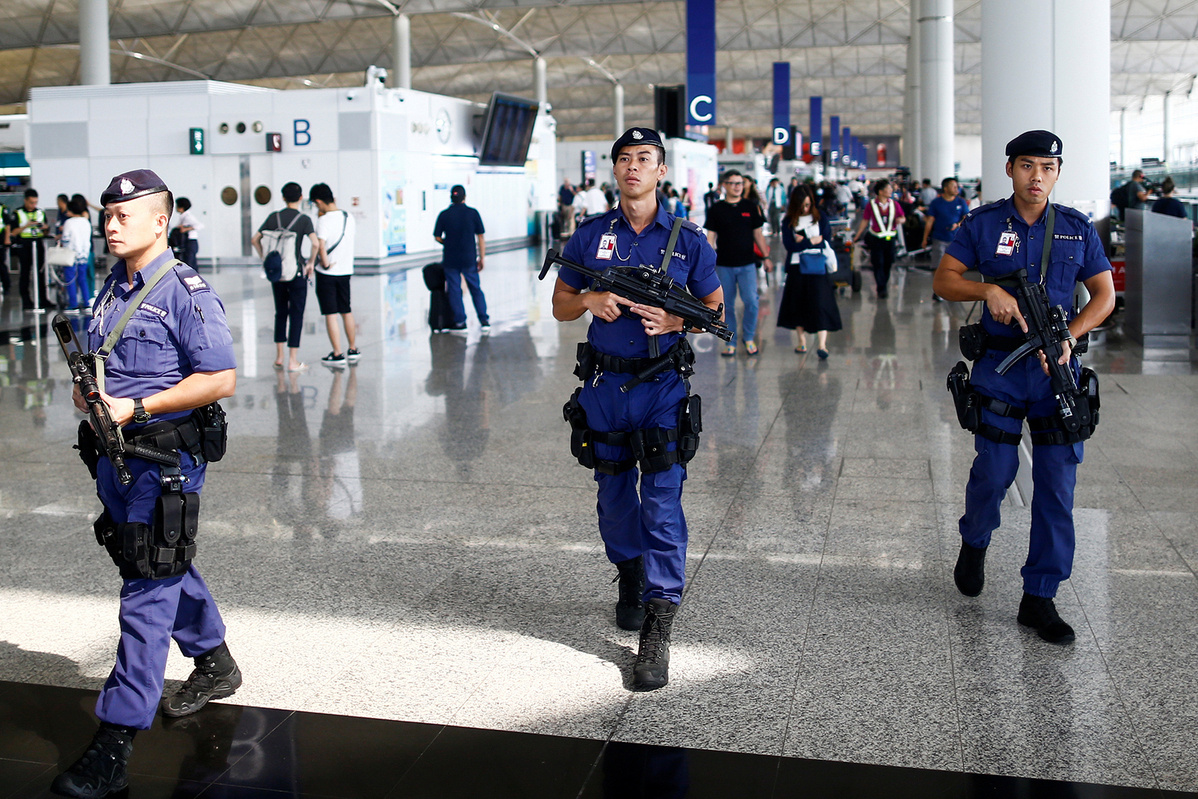 Late at night, police cars speed by with flashing warning lights in the streets of Hong Kong. "Stand by! Go! Go! Go!" Officers armed with submachine guns and wearing bulletproof vests raid the stronghold of terrorists and smash their plots.

Rather than from any action movie, the tense scene is part of the latest promotional video of the Hong Kong police.

In the 15-minute video titled "Guarding Our City," the story follows the police force defeating a group of terrorists who take innocent residents hostage and place a powerful bomb in an oil depot to force the police to release their head.

With 100 million views and numerous likes, the production went viral online, and the attractiveness largely stems from its authenticity.

Except for those playing foreign terrorists, all the actors are serving police officers. Some 600 officers from over 15 units took part in the filming, including Commissioner of Police Chris Tang Ping-keung who plays a front-line officer.

Chan Kin-kwok, the commandant of the police tactical unit (PTU), actually plays himself in the video, assisting the command of the operation.

The PTU holds anti-riots and anti-terrorists drills every year and "once there is a terrorist attack, I will assist the superior officer to deal with the crisis, just like what I do in the video," he said.

The video came in the latest effort of the police to get rid of the negative image due to rumors spread during social unrest in 2019.

As the impact from the smears and slanders by rioters linger, the chief superintendent of police public relations branch Kwok Ka-chuen said it is still an important task to win trust and support from ordinary people.

Kwok and his team started to livestream police operations and also violent acts of rioters as early as November 2019 to improve transparency.

The police also held more than 500 press conferences last year and gave some 150 interviews to dispel misunderstanding. Tang, the police chief, received over 30 exclusive interviews himself.

Viewers of the promotional video have cheered officers online, with encouraging comments such as "Thanks for safeguarding Hong Kong," "Well done!" "Officers did a good job in fighting 'black violence.'"

"Hong Kong is our home. I hope the public can trust the police more and join hands with us to maintain the peace of home," Kwok said.