CHINA Strategic misjudgment of Sino-US relations should be avoided after hard-won progress: FM

Strategic misjudgment of Sino-US relations should be avoided after hard-won progress: FM 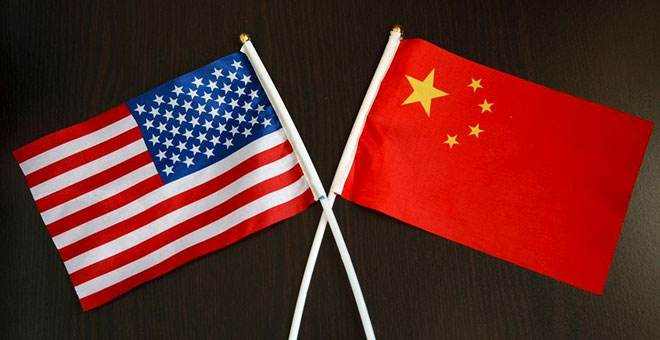 Strategic miscalculations of Sino-US relations should be avoided after hard-won progress, Foreign Ministry spokesperson Lu Kang said on the 40th Anniversary of the establishment of diplomatic relations between China and the US on Sunday.

The progress achieved in the past forty years has not come easily and experience should be derived from that, Lu said. According to Lu, the two sides should view each other's strategic intentions in a rational and objective manner, step up strategic communication, enhance strategic mutual trust and avoid strategic misjudgment.

Lu suggested the two sides should respect each other's sovereignty, security and development interests and properly manage differences in an effort to avoid disturbing the general picture of bilateral ties. People-to-people exchanges should be expanded to continuously cement the social foundation for China-US relations, said  Lu.

After 40 yearsyears of development, China-US relations are standing at a new historical starting point. In the face of new opportunities and challenges, China stands ready to work with the US to implement the important consensus reached by President Xi Jinping and President Donald Trump in Argentina, expand cooperation on the basis of mutual benefit, manage differences on the basis of mutual respect, move forward the China-US ties which are underpinned by coordination, cooperation and stability and make bilateral cooperation deliver greater benefits to the two countries and people around the world, Lu added.

2019 will mark the 40th anniversary of the establishment of diplomatic relations between China and the United States. Over the past four decades, China-US ties have traversed a tortuous journey and forged ahead. The exchanges and cooperation between the two countries have scored historic achievements. Forty years ago, only several thousand visits were made between the two countries each year. However, over 5.3 million visits were made between the two sides in 2017. Forty years ago, the bilateral trade volume was less than $2.5 billion. In 2017, it surpassed $580 billion. Forty years ago, the two-way investment between China and the US was almost zero. In 2017, two-way investment in various forms amounted to over $230 billion in accumulative terms. Over the past 40 years, from advancing the proper settlement of regional hot-spot issues to fighting international terrorism, from tackling the global financial crisis to promoting global growth, China and the US have conducted extensive cooperation at bilateral, regional and global levels.

“Facts have fully shown that the development of China-US ties has not only delivered huge benefits to the two peoples but also contributed to peace, stability and prosperity of the Asia-Pacific region and the world,” Lu said.