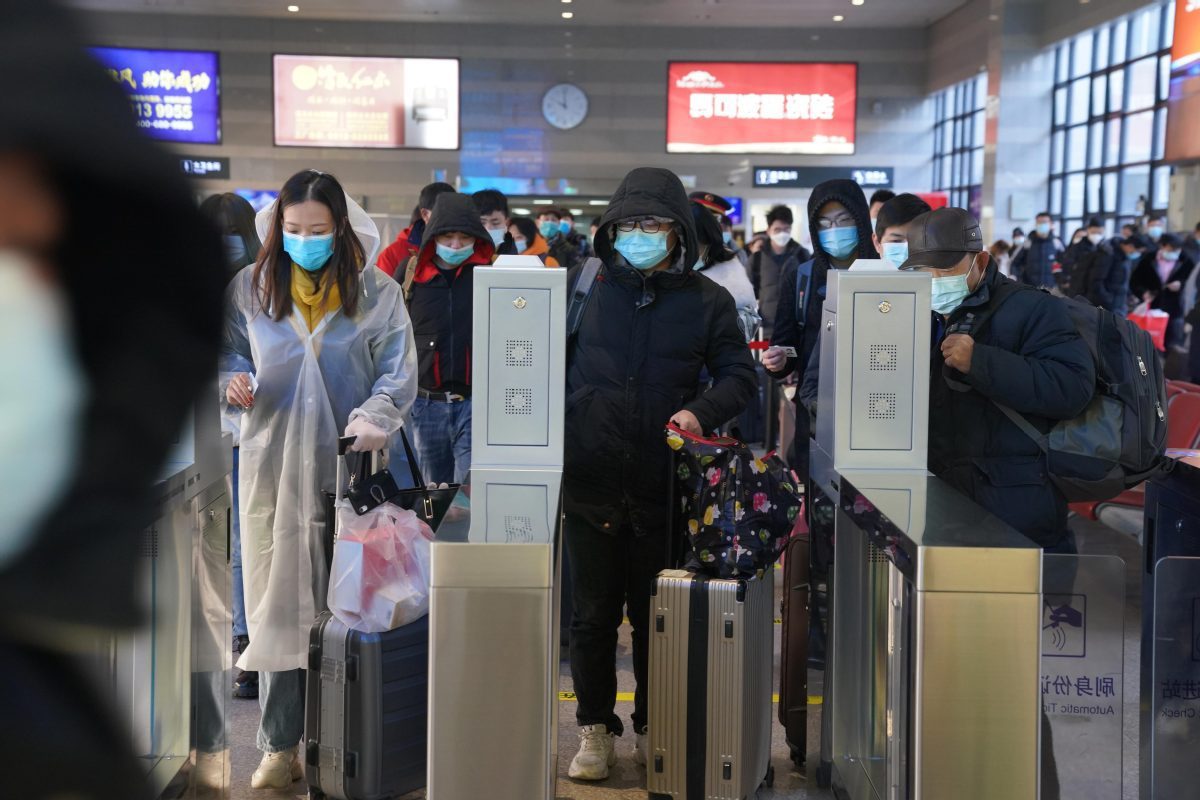 Passengers line up to check in at the Beijing West Railway Station in Beijing, Jan 28, 2021. (Photo: chinadaily.com.cn)

As the Spring Festival travel rush kicked off on Thursday, transportation operators have tightened measures to prevent the resurgence of COVID-19 cases and provide better service to passengers.

The Ministry of Transport further cut on Thursday its forecast of passenger flow for the Spring Festival travel season as the country has adopted strict anti-epidemic measures to curb the spread of COVID-19.

On the first day of the Spring Festival travel rush, the country was expected to handle 19.91 million passengers trips.

According to the ministry, about 1.15 billion passenger trips were expected to be made during the 40-day travel rush, a year-on-year decline of 20 percent and more than 60 percent lower than in 2019.

"The number is changing constantly," Ministry of Transport spokesman Wu Chungeng said at a news conference on Thursday.

"The daily passenger trips are growing slightly based on the data for the past three days," he said, adding that the number might be lower than expected because people were advised not to travel during the holiday.

On Thursday, the civil aviation sector expected to handle 8,850 flights and 540,000 passenger trips, a year-on-year decrease of 46.7 percent and 71.2 percent, respectively.

The 40-day travel season started on Thursday and end on March 8. It is regarded as the world's largest annual human migration.

The Spring Festival holiday, which falls on Feb 12 this year, is China's most important holiday for family reunions. People usually gather to celebrate the weeklong festival.