Market regulators across China will intensify supervision over pork prices and the fight against irregularities, such as colluding to drive up prices, to maintain market order, a senior official said on Wednesday. 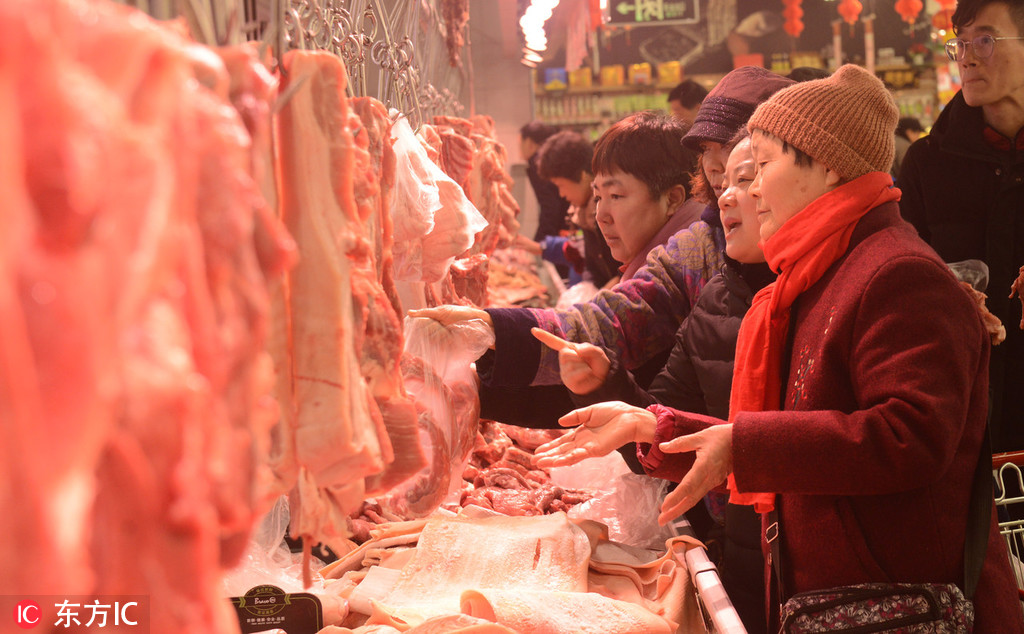 Authorities will conduct price inspections at every stage of pork production and distribution to eliminate risks. Any violations, like spreading false information on price increases, colluding to raise prices or illegally hoarding pork for profit, will be punished, said Chen Zhijiang, deputy chief of price supervision and inspection at the State Administration for Market Regulation.

While the administration has not received reports of such violations, they could appear given the expectation of a continued rise in pork prices due to short supply, he said at a news conference at the State Council Information Office.

The administration will order its branches nationwide to deploy more staff to receive and deal with consumer reports and complaints, Chen said, as well as urging pork producers and sellers to strictly follow laws and regulations on prices.

Pork prices have kept rising in the past few months due to reduced stock caused by African swine fever outbreaks. Average pork prices in 16 provinces and municipalities reached nearly 36 yuan ($5.06) a kilogram by the end of August, up more than 90 percent year-on-year, according to the Ministry of Agriculture and Rural Affairs.

The number of pigs in stock decreased by 9.4 percent in July, compared with the previous month, and fell by more than 32 percent year-on-year, based on monitoring of 400 counties across the country, said Yu Kangzhen, vice-minister of agriculture and rural affairs.

More than 150 swine fever outbreaks had occurred in China by the end of August, affecting all mainland provinces, municipalities and autonomous regions, the ministry said.

"We will continue to fight African swine fever while intensifying measures to restore stock," Yu said.

A guideline released by the central government on Tuesday suggested government departments and local authorities take measures to increase the pork supply and upgrade the industry, including putting more emphasis on building livestock disease prevention facilities in the establishment of new pig farms, increasing subsidies for pig raising and promoting the upgrading of pig farms.