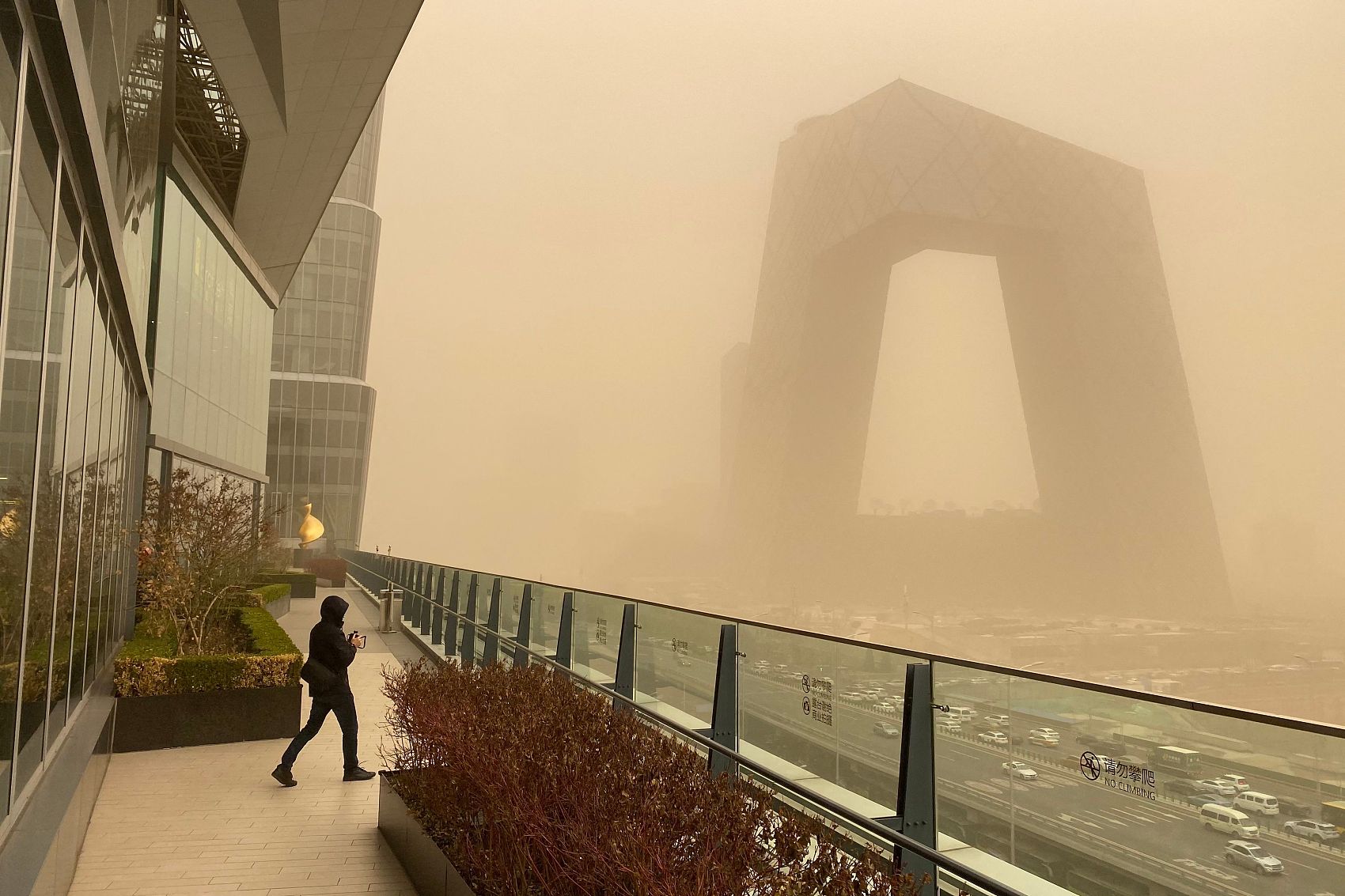 Beijing issued a yellow sandstorm alert early on Monday as the city was shrouded in thick brown dust blowing in from south Mongolia. (Compiled by Liao Yuecen, photo: CFP) 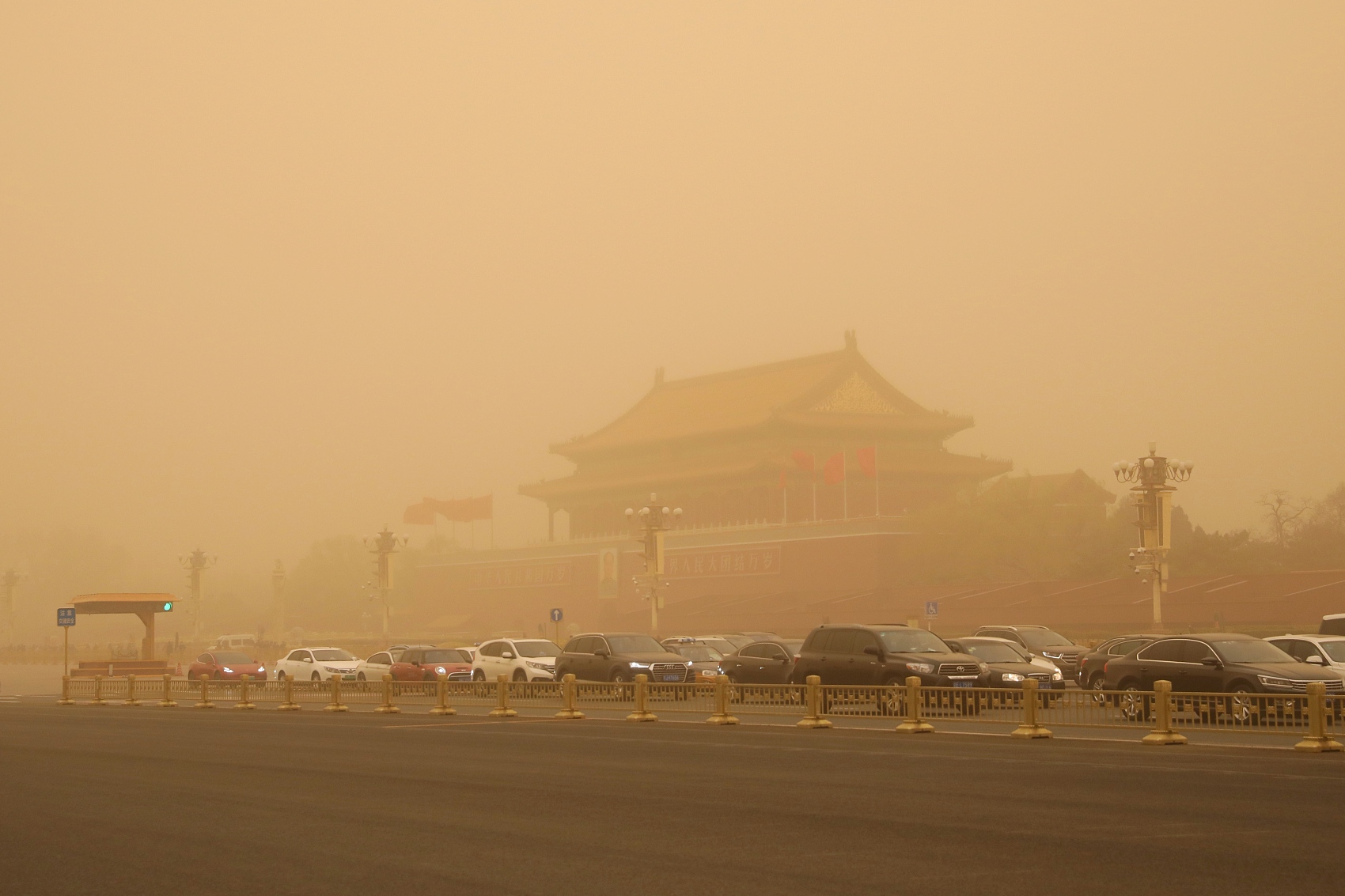 In Beijing, this strong sandstorm has led to a level of harmful PM10 particles in the air of 2,153 micrograms per cubic meter, limiting visibility to less than 1,000 meters and disrupting traffic. (Photo: CFP) 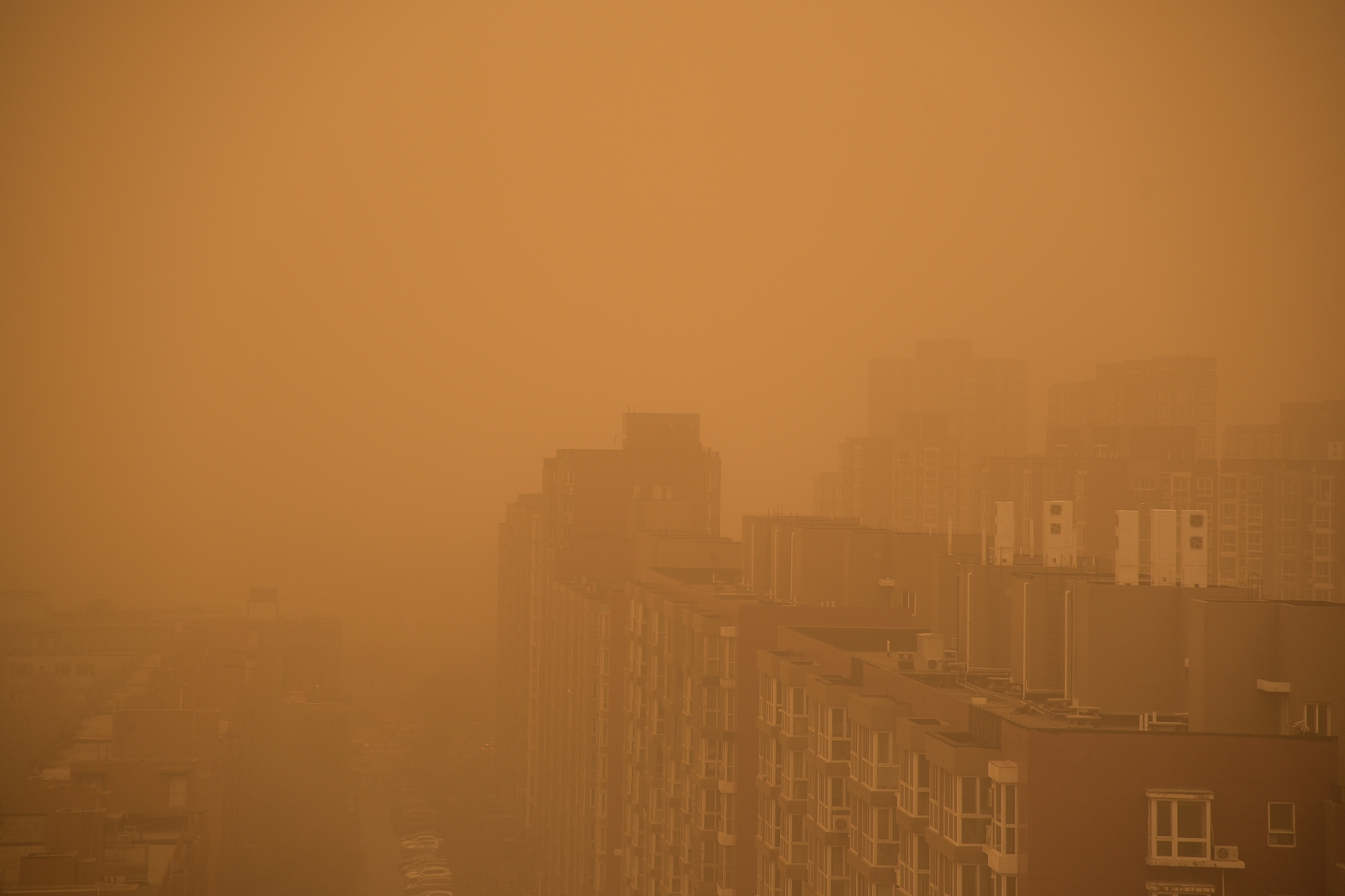 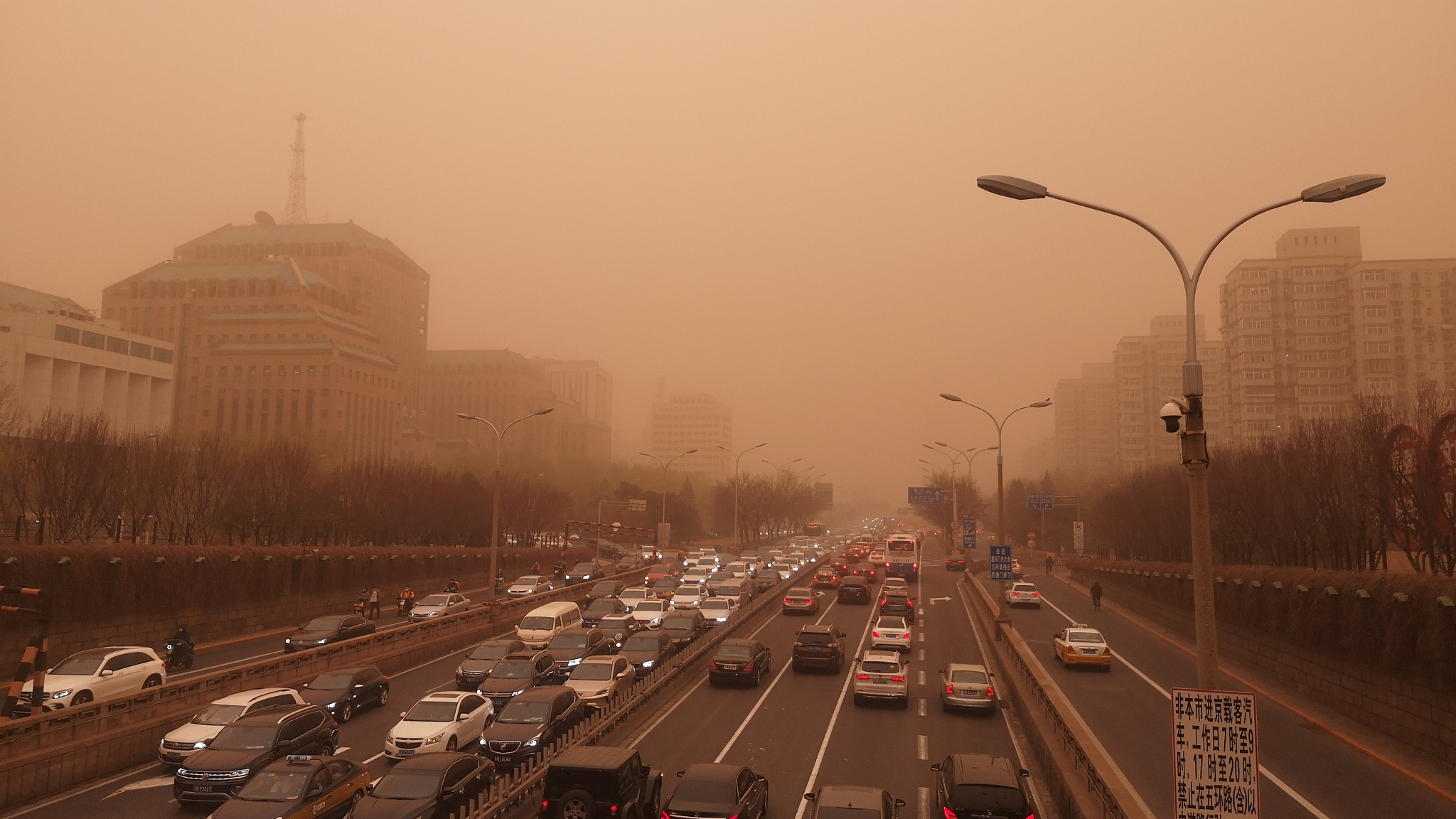 It is expected that on Monday, 12 provinces and municipalities will see obvious signs of sand and dust, and some areas will encounter sandstorms. (Photo: VCG) 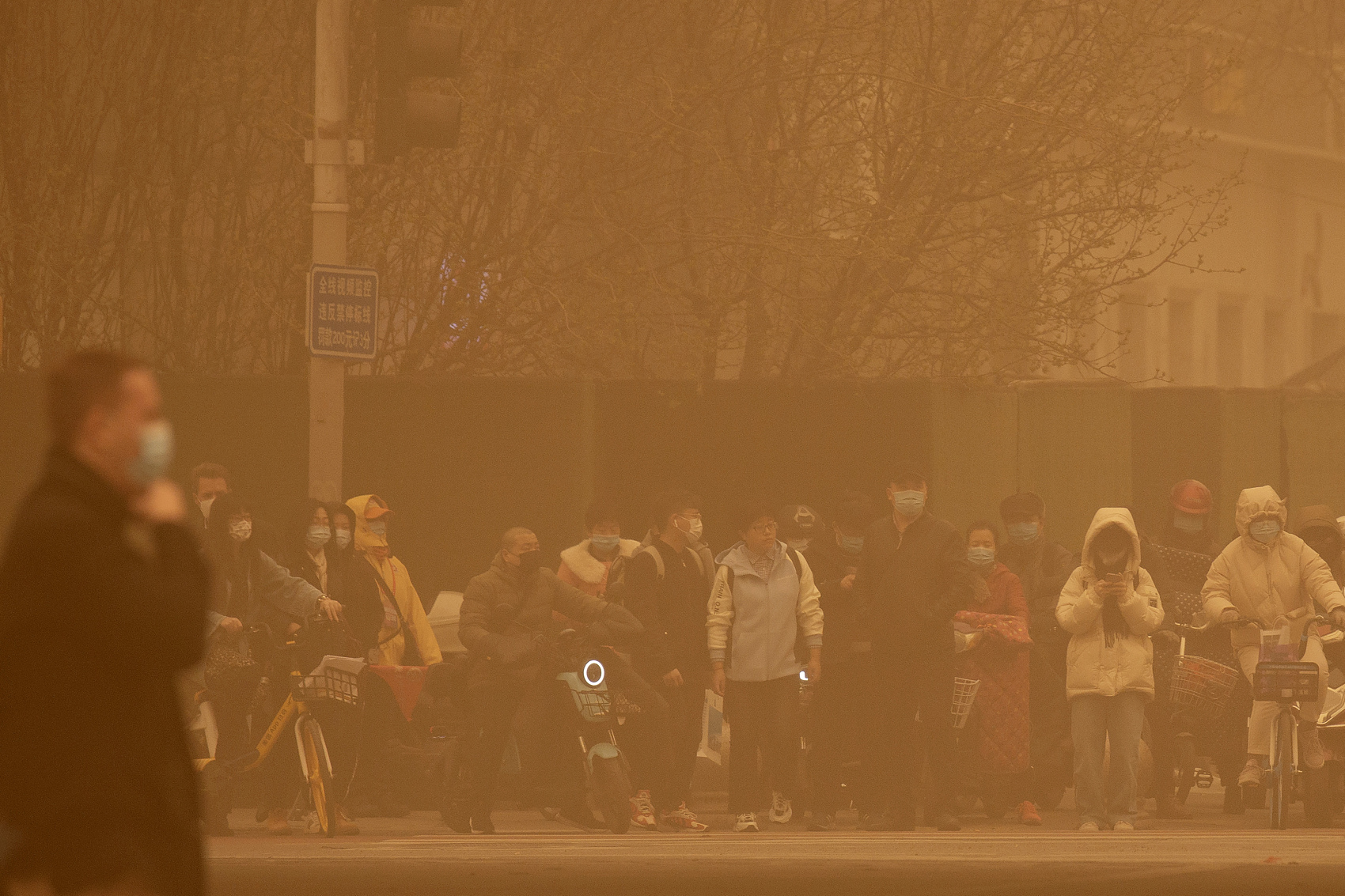 This is the strongest and widespread system of sand and dust storm in China in the past 10 years. (Photo: CFP)