CHINA Strong storms on the horizon for southern China

Strong storms on the horizon for southern China

Strong convective weather in southern parts of China will last till Tuesday, bringing heavy rain, strong winds and thunderstorms to the area, according to China's National Meteorological Center. 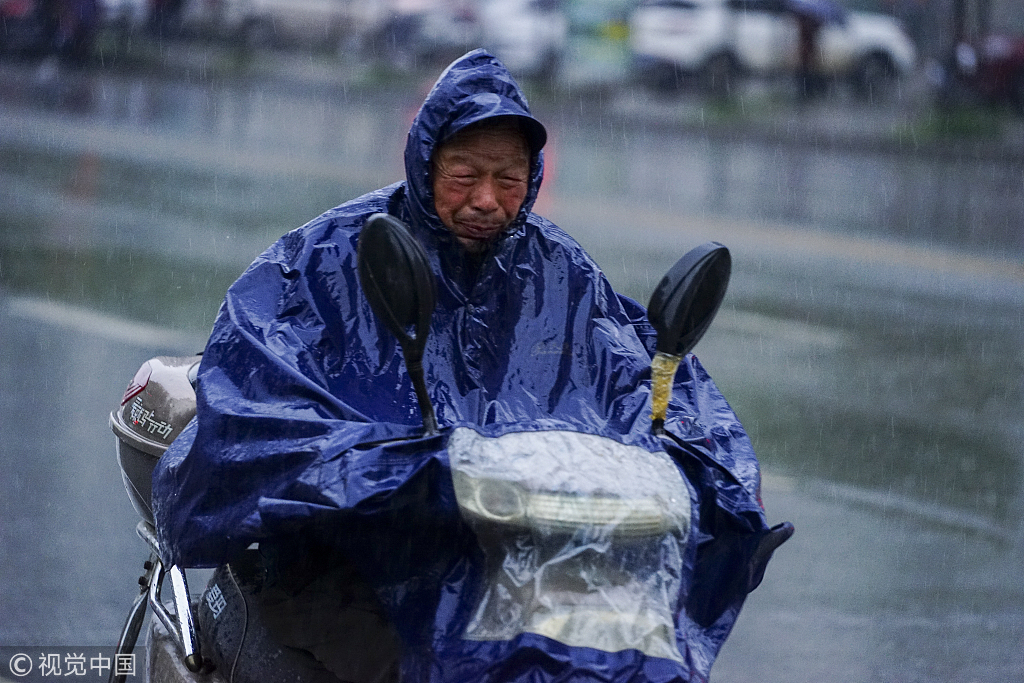 A man rides a motorbike in the rain as the temperature falls below 15 degrees in Zhumadian, Central China's Henan province on April 9, 2019. (Photo: VCG)

Rainstorms will continue to sweep some parts of South China in the coming days, until they enter an "intermission stage" (meaning such extreme weather pauses) on Tuesday, said Zhang Tao, chief meteorologist at the China's National Meteorological Center.

He said extreme convective weather with rainstorms, gales and hail, which has occurred almost every day over the past several days, started in Southwest China's Guizhou province and South China's Guangxi Zhuang autonomous region. It then swept South China from west to east and affected most places in Guangdong province and Guangxi.

On Thursday and Friday, the extreme weather brought downpours, thunderstorms, gales and hail to Guangzhou and Jiangmen in Guangdong province. China's National Meteorological Center has issued a series of alerts, Zhang said.

Floods caused by torrential rain on Thursday in Shenzhen, Guangdong province swept away 15 dredging workers, with four rescued and contact lost with the rest.

The city's Bureau of Emergency Management confirmed on Saturday that the last missing worker was found dead, raising casualties to 11.

"Spring is the season for strong convective weather in South China as cold air, which is still active in March and April, moves southward and collides with warm air in the area," he said.

Extreme weather created under such circumstances, Zhang said, usually has strong forces and tends to trigger disasters like floods, and imperils air transport and power facilities.

"Thunderstorms might cause casualties. Strong winds and hail might have adverse effects on agricultural production," he added.

The observatory has warned that people should avoid entering depressions or closed areas where water rises quickly. They should pay attention to weather alerts to avoid any inconvenience brought by flight delays, according to the observatory's warnings.