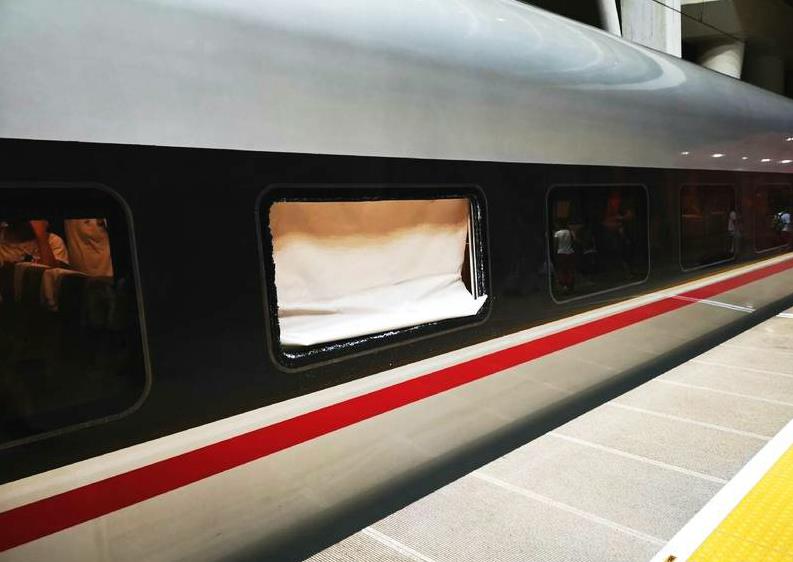 The G40 train was delayed on Sunday night. (Photo from Sina Weibo)

Parts of service on the high-speed rail lines between Beijing and Shanghai was delayed due to a device malfunction on the Langfang-Beijing section caused by the strong wind on Sunday night.

A high-speed train G40 traveling from Hangzhou to Beijing was struck by color steel plates blown up by the strong wind on the Langfang-Beijing section and had to be halted, which led to delay in several train services, according to the official Weibo account of Beijing Railway Bureau.

The service between Langfang and Beijing section resumed later but suffered another malfunction. The railway departments has launched an emergency response.