CHINA Students join efforts against use of tobacco

Students join efforts against use of tobacco

More than 670,000 students in China have joined a national union to become tobacco control volunteers tasked with helping to curtail use among the young, the Chinese Association on Tobacco Control said on Wednesday. 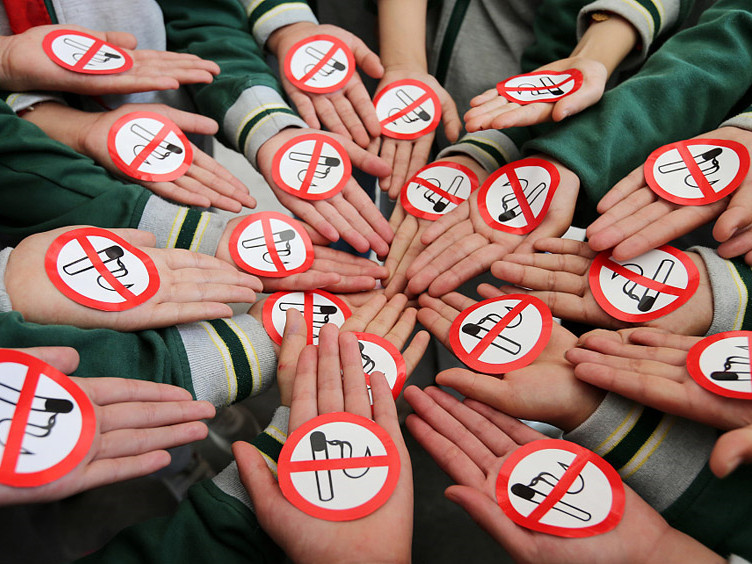 The students, from 343 schools across China ranging from universities to primary schools, will help launch a national campaign on tobacco control aimed at the young, together with other organizations, said Zeng Xiaopeng, director for the association's adolescent tobacco control committee.

"Tobacco control should start young, and schools are the key place," he said.

Promoting tobacco-free schools is essential to protecting students from the harmful effects of tobacco, and it's an important part of the overall tobacco control effort, said Li Quanle, a tobacco control official at the National Health Commission.

"The bodies and minds of young children and adolescents are not fully developed, so they suffer more serious damage from smoking and exposure to secondhand smoke," Li said. "They are at a key stage for forming healthy behaviors and lifestyles that will last throughout their whole life."

The students will provide suggestions and technical support for volunteer activities across China, along with training on tobacco control for schools and assistance in conducting various tobacco control activities, the association's Zeng said.

The association launched the student program for tobacco control in 2016, and nearly 672,000 students had joined the union as of Wednesday, he said.

In China, a person dies every 30 seconds, on average, because of tobacco use, and another 100,000 people die each year as a result of exposure to secondhand smoke, according to World Health Organization's China office. Globally 8 million people die each year from diseases caused by tobacco, it said.

In China, about 7 percent of adolescents are smokers, but about 20 percent of them have tried smoking at some point, health official Li said, adding that 180 million children are exposed to secondhand smoke, which deserves public attention.

"We have started a new round of national surveys on smoking among adolescents," he said. "The results will serve as a basis for the government to formulate related tobacco control policies."

Li Changning, director of the China Health Education Center under the National Health Commission, said more research is needed to improve the tobacco control education for adolescents so that the information is more easily accepted by them for the best effect. In addition, more efforts should be made to build a tobacco-free environment for adolescents, he said.