For the past month, Song Zheng has been racing to set a record for credit points on a WeChat mini program called "Clear Plate". 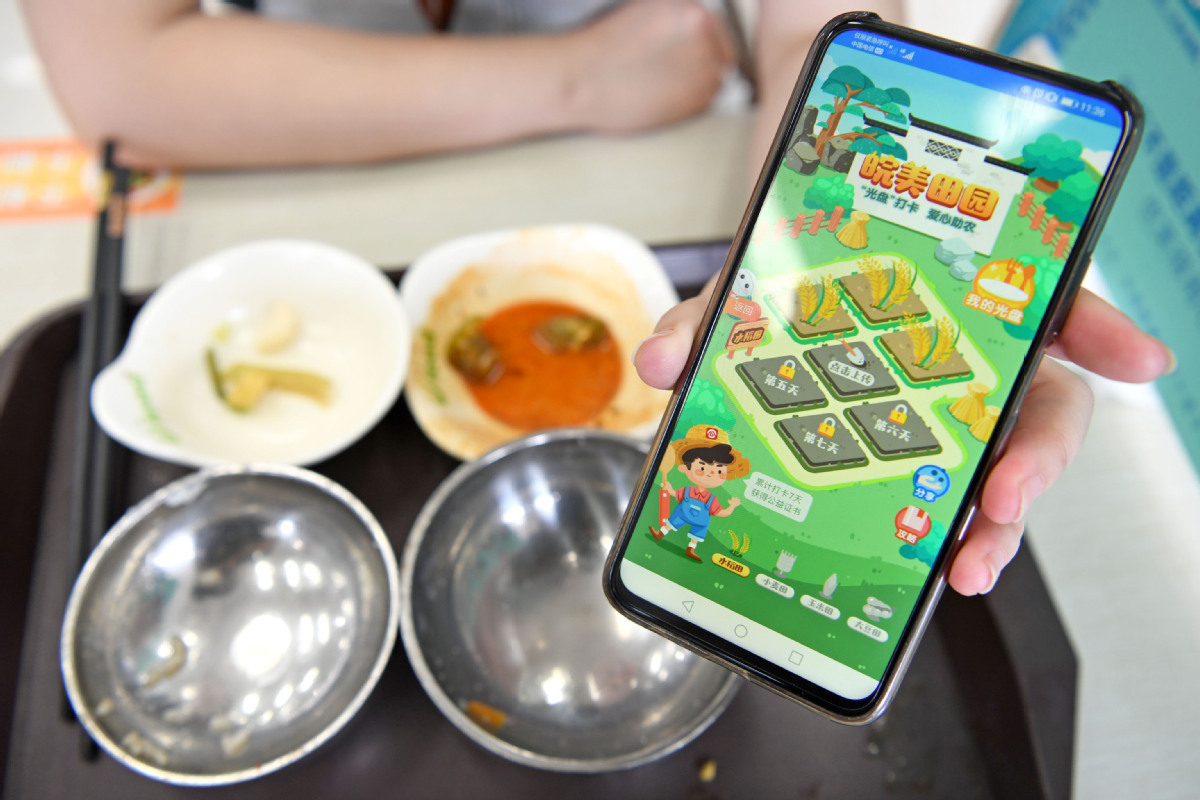 By taking pictures of empty plates after a meal, he is awarded the points after the images are uploaded and recognized by artificial intelligence.

The 19-year-old freshman at Beijing Normal University said, "All six people in our dormitory have joined the race to earn as many points as possible in order to acquire gifts, such as headphones, books, coupons and free meals, to send to children in impoverished rural areas."

The applet－a short computer application for performing a simple specific task－that Song uses is popular nationwide, especially among college students. Free of charge and available to individuals, government departments and social organizations users are encouraged to eat three meals a day and to avoid wasting food.

The program also helps users join a group of like-minded people eager to contribute to the national campaign to combat food waste.

Li Jichen, who developed the program, said the idea came to him in 2017 when he was president of the vegetarian society at Tsinghua University in Beijing and had a meal at a nearby restaurant.

"I saw that the restaurant kept a record of customers who cleared the food on their plates, rewarding them accordingly. This inspired me to come up with the "Clear Plate "campaign by using artificial intelligence to reduce food waste."

To ensure the AI was "smart "enough to recognize from the pictures whether plates had been completely cleared, Liu and his team of about 1,000 members spent nearly six months collecting 100,000 samples in canteens and restaurants across the country. They used the data to "train" a neural network－a computer system modeled on the human brain and nervous system.

Liu believes that those who value their food can benefit from the campaign, which can also help them reduce spending on what they eat. He added that the program has the potential to reach many users.

As of Nov 2, the applet had recorded 16.38 million empty plates, with more than 3.3 million people volunteering to join the campaign.

It is also estimated that more than 6.22 million tons of food has been saved thanks to the applet.

"We hope our efforts can start a new trend among the younger generation by encouraging them to cherish their food and develop the habit of thrift," Liu said.

"Through the campaign, we hope to inspire everyone to take action against food waste and to contribute Chinese wisdom and solutions to global food security challenges."