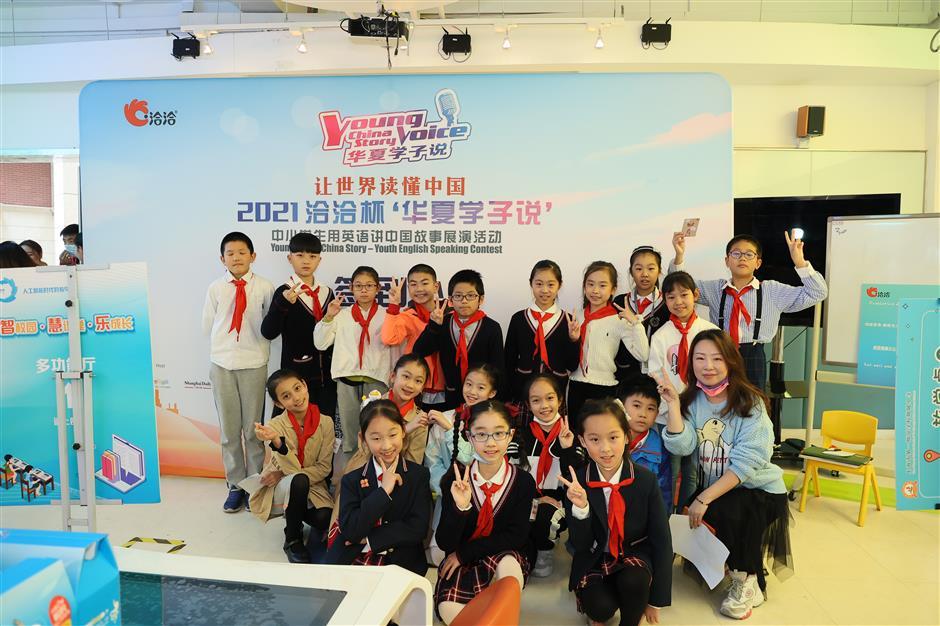 Students from the Primary School Affiliated to Shanghai No. 1 Normal School. 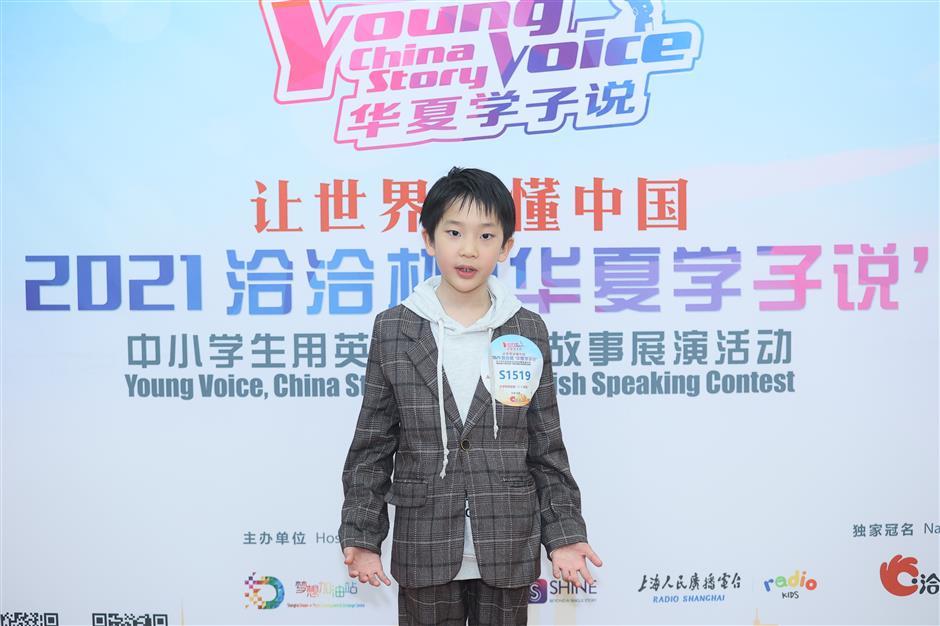 One of the participants in the second round of the competition.

An English-speaking contest providing an outlet for students to display their English talent is in full swing in Shanghai.

The curtain went up on the 2021 "Young Voice, China Story" competition on March 27. To date, it has attracted nearly 20,000 students from over 120 schools in the Yangtze River Delta and Yunnan-Guizhou-Sichuan areas.

The competition requires students aged from 6 to 18 to tell China stories to the world under the topics of "This Is Me," "Changes In My City," "If I Had A Time Machine" and "A Word That Has Changed The World," according to their different age groups.

After preliminary selection, students are now competing in the competition's second round.

As China moves closer to the world's center stage, Chinese children have more opportunities to showcase their talents across the globe. Consequently, it has become increasingly important to tell Chinese stories in international languages, according to Wang Qinzhi, executive vice chairman of Shanghai Dream+.

"I hope Chinese children will become ambassadors for Chinese culture and spread it around the world," he said. "I also hope the world can see a truly dynamic China with a diverse culture and interesting stories." 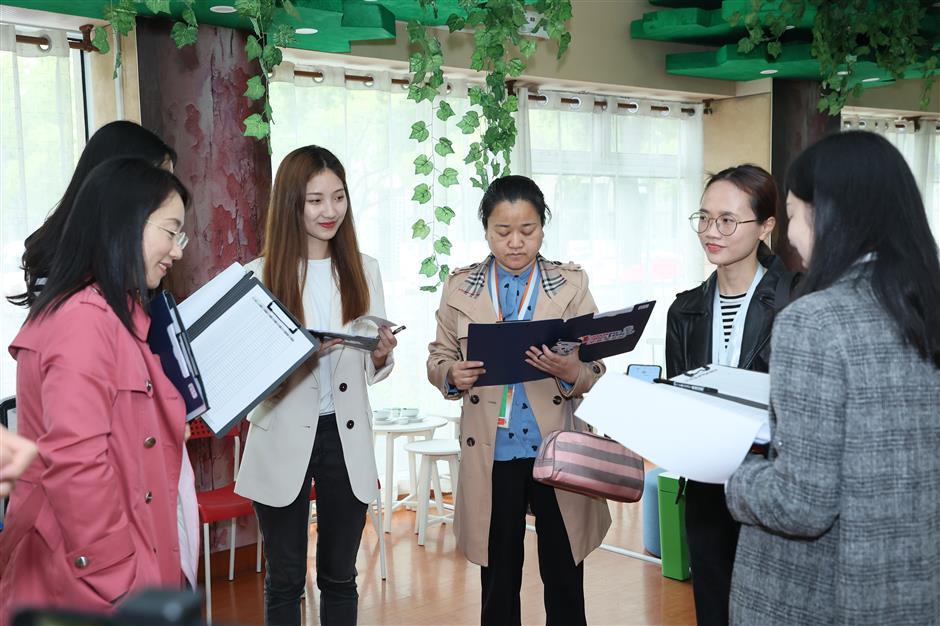 Competition judges discuss some of the entries. 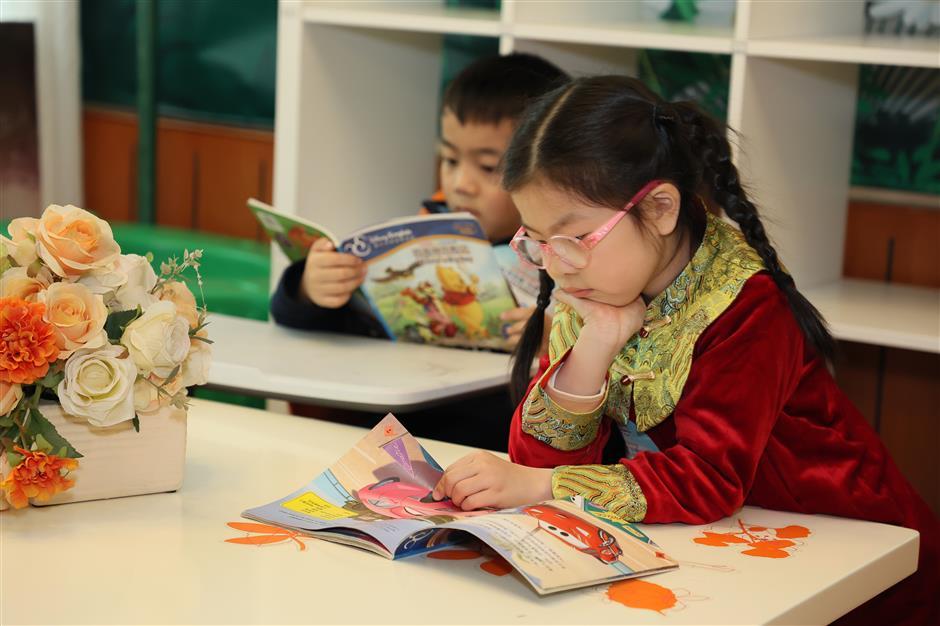 "I'm so gratified to feel a strong atmosphere of reading and speaking English on campus," said Lu Jianfei, vice chairman of the judges panel. "The young participants have surprised me a lot with content such as exploration on Mars, changes in Shanghai and cultural collisions between East and West. They are truly China stories."

The second round of the competition began on April 27 at the Primary School Affiliated to Shanghai No. 1 Normal School. Besides prepared speeches, participants were also required to read essays and interact with judges.

"Generally, their English is good. I'm so impressed by their passion for English and their dreams," said Lu Peiai, associate professor from School of Foreign Languages of Tongji University.

Liu Yuetong, who majors in English at Fudan University, said: "They are good at telling stories and capable of creating mental pictures with words. One student said he dreamed of becoming a doctor, and he imagined how he would save people in different situations."

Zhang Yiyan, who coached the English debate team of the Second Middle School Attached to Fudan University in 2020, suggested students pay more attention to understanding rather than just reciting content.

To date, the second round of the competition has been held in several of the city's schools including Shanghai Experimental School, Shanghai the First Central Primary School of Jing'an District, Shanghai Jing'an Education College Affiliated School and Shanghai Shixi Junior Middle School.

The second round will end on June 6, and then the semi-finals will be held.