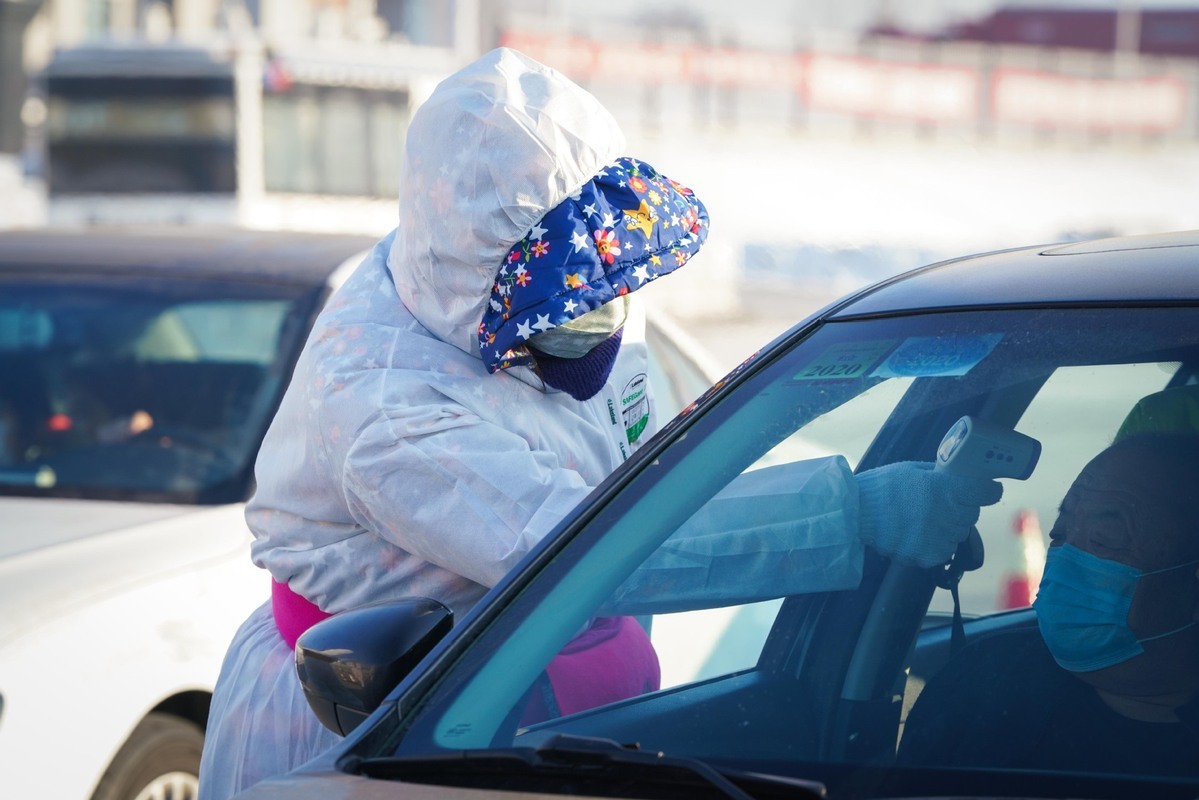 Heilongjiang province's health commission on Tuesday reported 25 new imported COVID-19 cases, all of whom entered via the land crossing in Suifenhe city, where the residential communities have now been closed.

The 25 new cases represented nearly half the 59 cases reported nationwide, according to provincial and national health authorities on Wednesday.

All the new cases were Chinese citizens who entered the mainland via the highway port of entry in Suifenhe before April 6 after flying from Moscow to Vladivostok in Russia's Far East.

The port has been closed since Tuesday, the provincial foreign affairs office announced.

On Wednesday, the Chinese embassy in Moscow said all the land ports between China and Russia are temporarily closed for travelers.

All the 25 new patients have been hospitalized, and all passengers on the same flights have been placed in quarantine.

On Wednesday, the province also reported 86 new asymptomatic cases of infected people who came from Russia by the same route.

All residential communities in Suifenhe were expected to close on Wednesday morning, the local epidemic control department said on Tuesday.

Each family can send one member outside for purchases every three days, the department said.

Residents are required to register pass permits and scan health codes when entering and leaving the communities, and masks and temperature checks are mandatory.

According to a statement on the website of the Chinese consul general in Vladivostok on Tuesday, the local Primorsky Krai government has taken strict pandemic-control measures that would put all arrivals by Russian domestic flights under a 14-day quarantine.

Only residents who have permits can pass through the region, and all hotels will be closed until June 1.

The consul general urged all Chinese citizens to avoid returning through the Suifenhe port.