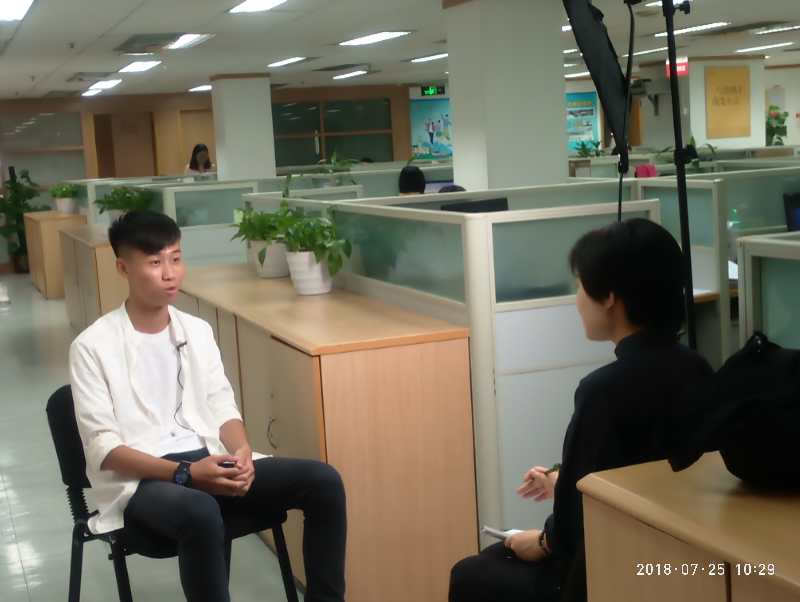 In his month-long internship with CR Vanguard in the south China city of Guangzhou, one of the most important things he learned is that one has to start early.

For one, getting to work early means he can dodge the hectic morning rush hour.

"You would think we would have come prepared coming from Hong Kong. But morning rush hour traffic here is so overwhelming," says Yip, who was born and raised in the Hong Kong Special Administrative Region (SAR) but has opted to start his first real internship in the Chinese mainland.

The other good thing about early starts is that he can get more work done.

From management execution, where he is mostly in an observing capacity, to sales, customer service, all the way to the hands-on work in a typical supermarket: product inspection.

Yip is open to all kinds of work and sees the internship opportunity as crucial for his future. He says a college diploma is no longer a ticket to success for his generation.

"I come from Hong Kong and studied in Taiwan, and have talked with students in the mainland," he says. "We have the same question at this stage, how do we prepare for the real job market?"

Luckily, Yip has an instructor for the answer.

Liu Chaoyang, general manager at CR VANGUARD Co.'s Wuyang branch, is Yip's instructor for the month. "Whether coming from the mainland or the SARs, I give interns the same advice for professional life: be attentive to detail, be industrious and be proactive," Liu told CGTN.

The annual program Yip took part in has been going on for a few years now. It connects college students from Chinese SARs like Hong Kong and Macao to internships in the mainland. And it's becoming an increasingly popular choice.

At the heavyweight retail company, Yip has already been in several functional positions in just four weeks.

The number of participants has nearly doubled from last year, from 149 to some 300 in this Guangzhou program that Yip took part in. And the same trend is alive and well throughout the Greater Bay Area.

"We share the same language in the area," Yip says. "And the greater bay area development means there will be a lot of opportunities."

Many in the program are taking the chance to have a first-hand look at the region's growth.

And at the end of Yip's internship, he says he's got to know the mainland better, and having been refreshed, now has a new kind of morale.

"People here really persevere and go all out for their work. And that's the spirit I admire. In today's society, you have to work your way out," he says.