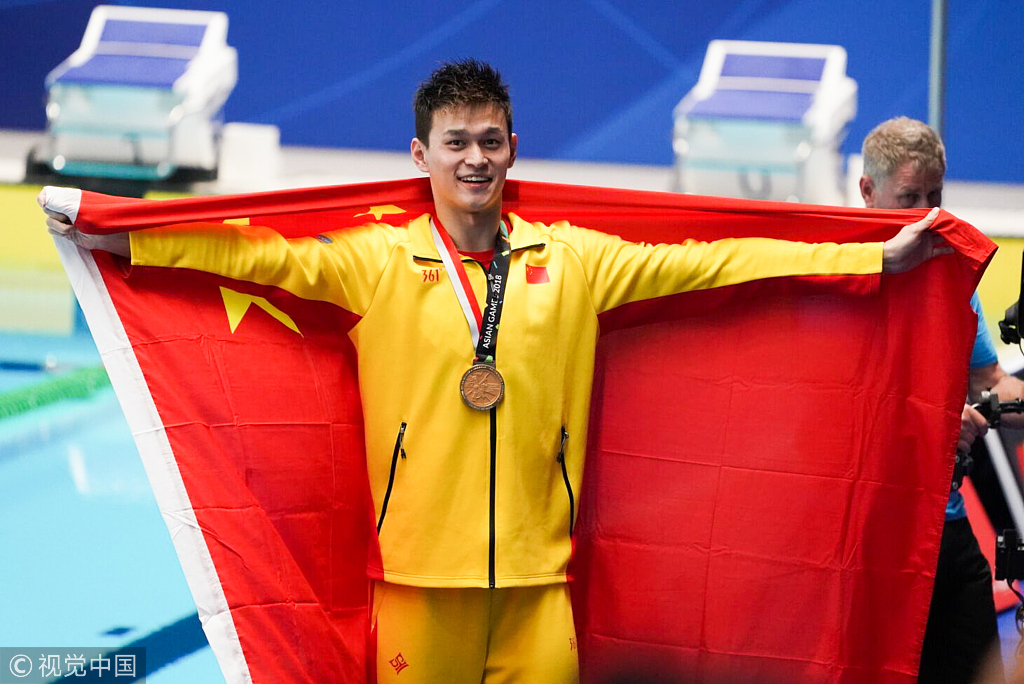 Three-time Olympic champion Sun Yang claimed victory in the men's 200m freestyle at the 18th Asian Games on Sunday, making a Golden Grand Slam in the 200, 400, 1,500m free from the Asian Games, the World Championships and the Olympic Games.

The GBK Aquatic Center was turned into home turf by his fans with the Chinese national flags, slogans and big pictures.

"For eight years from Guangzhou 2010 until now, I have been waiting for this gold medal in 200m at the Asian Games. Not many swimmers could have waited for eight years in three Asian Games like me. My dream comes true finally. I am very excited," said Sun, who ran to the stand and shook hands with his parents. 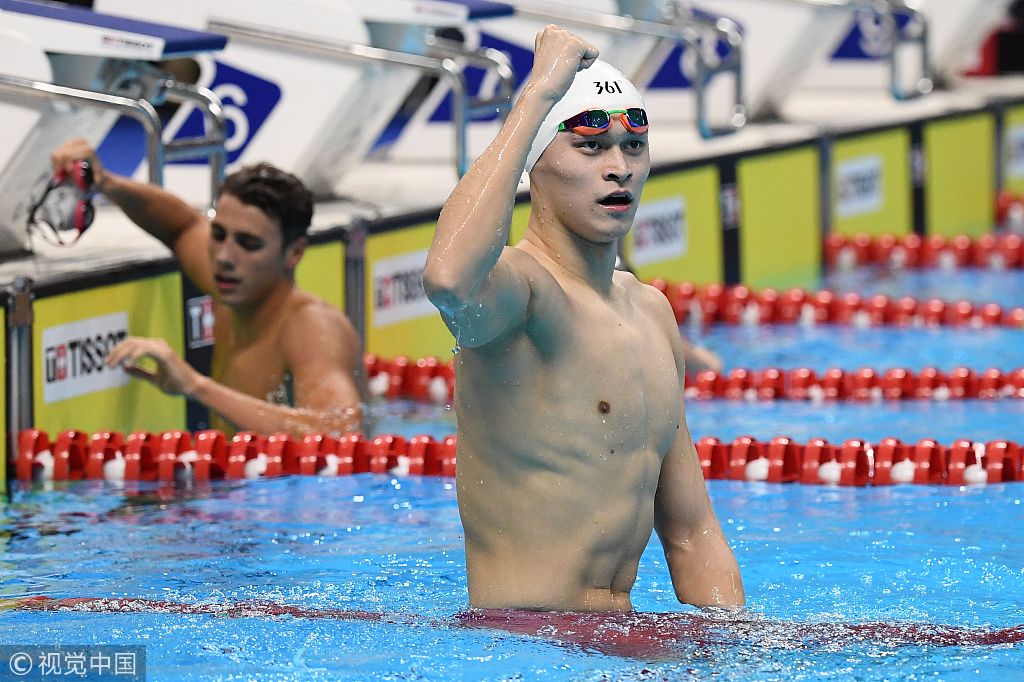 "I realize my dream and make a Golden Grand Slam in 200, 400, 1,500 from the Asian Games, the World Championships and the Olympic Games. I feel honored and proud of myself."

Sun, winner of 400, 1,500m freestyle in 2012 London Olympic Games and 200m free champion in 2016 Rio Olympic Games, said that he has changed his training focus to mid-long distance recently.

"I trained very hard this year, especially in the long distance. Some people might be worried about my 200m, but in fact, I did a good job and I am satisfied with my result tonight."

"After the first event, I feel more confident and relaxed. I want to win more gold medals for my team China, "Sun said.