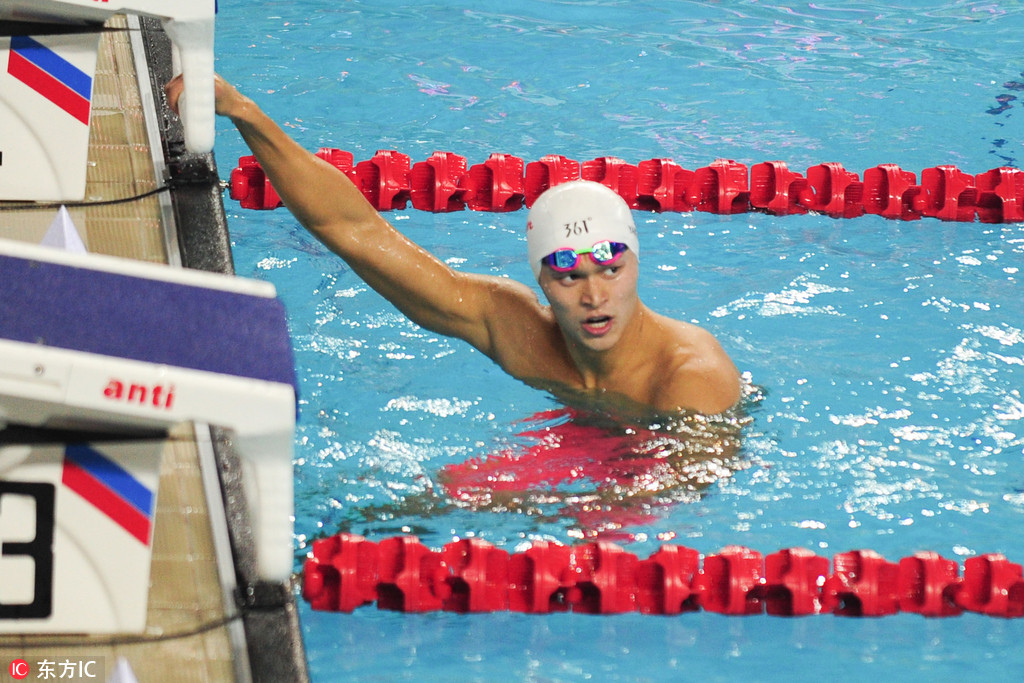 TAIYUAN - Olympic champion Sun Yang continued his winning streak in the 800 meters freestyle on the second day of the Chinese National Swimming Championships on Saturday.

Sun led from the start to the end, clocking seven minutes 50.47 seconds for his 109th gold medal in his career. Sun's time placed fourth on the current world rankings. Ji Xinjie of Shandong finished second and Qiu Ziao of Shanghai third.

"I've trained well during the last two months, and I carried out my coach's plan very well today. I was satisfied with the result since Taiyuan is a plateau with the elevation of 800 meters. I felt difficult to break away during the competition, but it's a good chance to test myself," said Sun, who claimed the 200m freestyle victory on Friday.

Sun will compete in the 100m, 400m and 1,500m freestyle during the six-day event. "I just want to take this meet as training and preparation for the Asian Games," Sun said.

"It was my second gold medal in two days. I had a bad cold since I arrived here, thus I did not perform my best and I was not happy with that," Xu said. 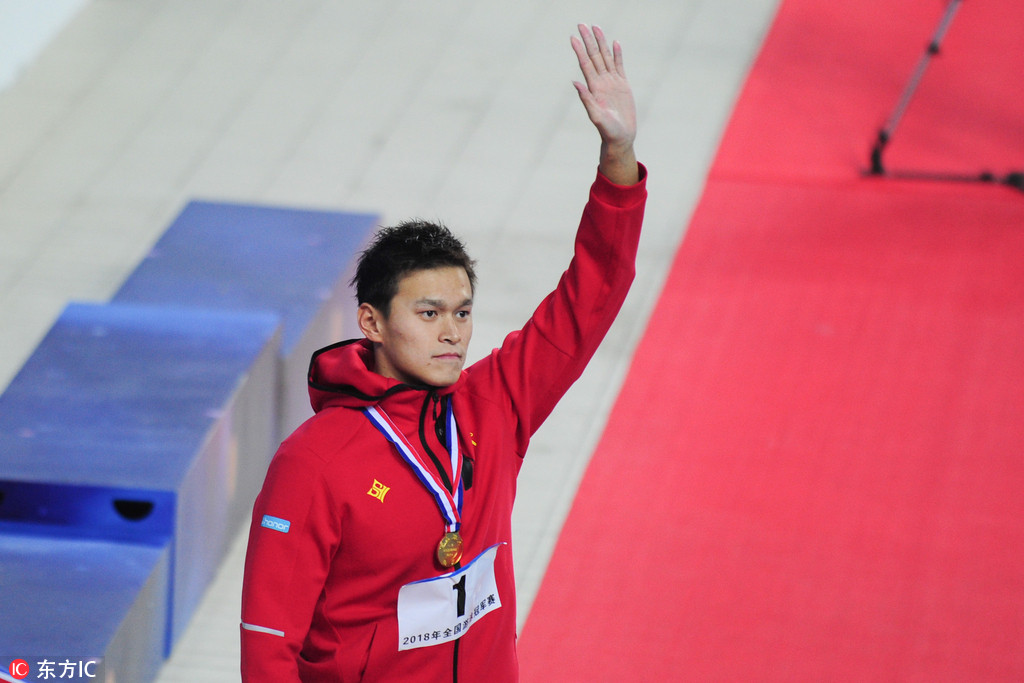 "I want to show my best in the Asian Games and World Short Course Championships at the end of the year. I also finished third in 200m freestyle and could enter the relay team," Wang said.

Yu Jingyao of Beijing also celebrated her second gold medal of the meet by winning women's 200m breaststroke in 2:24.28 while Yang Junxuan of Chinese Navy became the surprised winner in the women's 100m freestyle in a time of 54.26.