A super high-speed railway line that makes use of high-temperature superconducting magnetic levitation and vacuum tube technology is under construction in southern China. The line has the potential to allow travel at speeds of up to 1,500 kilometers per hour, according to a report in Science and Technology Daily on Wednesday. 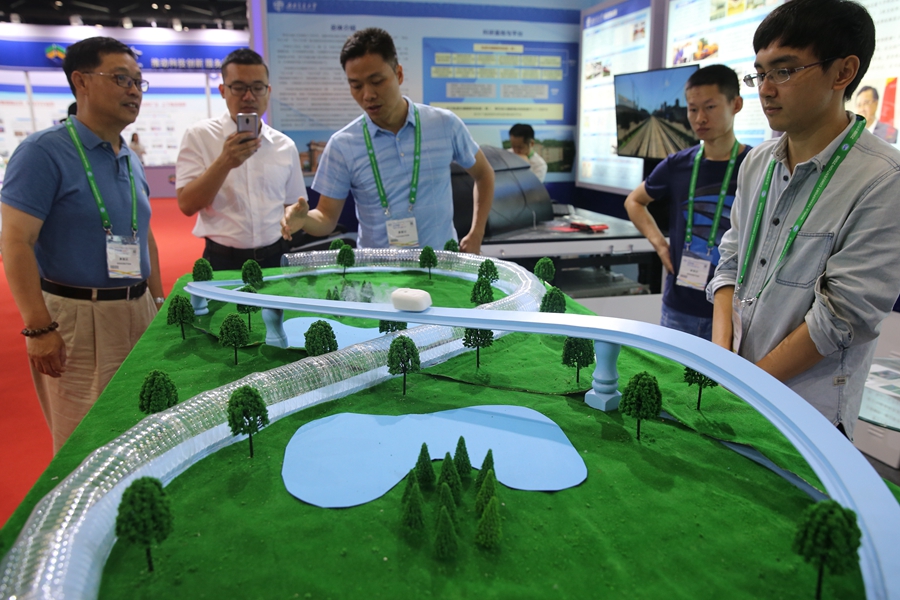 Visitors observe the model of a superconducting tube maglev at the 2018 World Transport Convention in Beijing on Tuesday. (Photo: China Daily)

Zhang Weihua, a professor from Southwest Jiaotong University, told reporters on Tuesday at the 2018 World Transport Convention that the super high-speed railway line is being built in the city of Chengdu in Sichuan Province. He said that a trial of the line is expected to start by the end of this year, and that 1,500 kilometer per hour speeds could be reached by as early as April 2021.