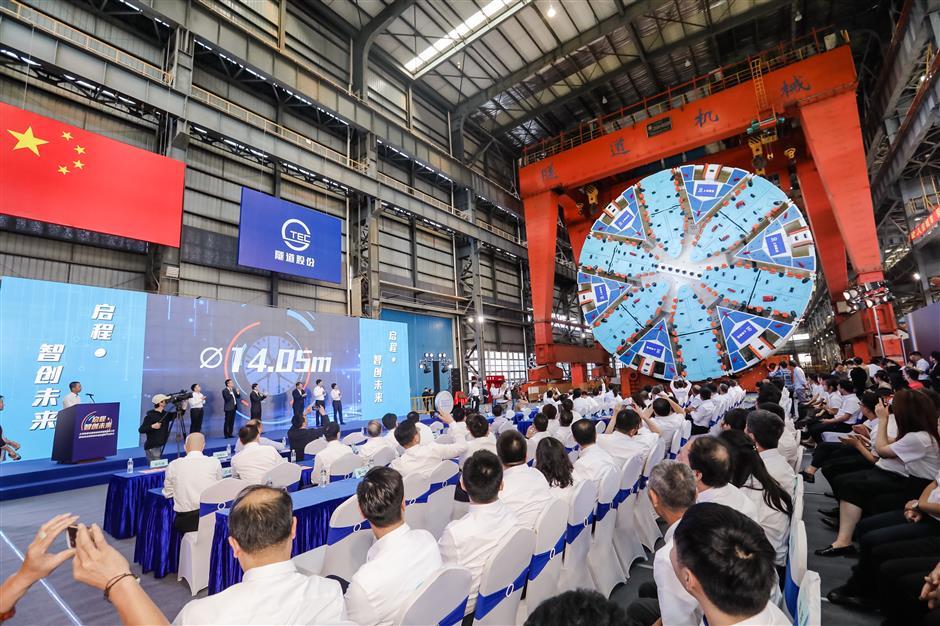 Shanghai’s first self-developed super shield machine for the digging and construction of an express line to connect the city’s Hongqiao and Pudong airports was unveiled on Wednesday.

Developed by Shanghai Tunnel Engineering Co, the shield named Qiyue, or “swift horse,” weighs around 3,200 tons and is 99 meters long. The 14-meter diameter blades can dig and push 60 millimeters a minute underground.

“The normal blades used to dig the city’s subways are 6.9 meters in diameter and can hardly meet the demand of the express line,” said Gong Wei, general manager of the company’s machine manufacturing branch.

The super shield was designed especially for the express line, which requires long distance digging and frequent but subtle turns to avoid the city’s intricate Metro network.

It will be put into use early next year to become the first domestically developed shield used on the express line project. It will initially dig 2.2 kilometers from Meifu Road in Minhang to Huajing in Xuhui in the west section of the line.

The 68.6-kilometer express line is expected to shorten travel time between the two airports to less than 40 minutes from 90 minutes on completion in 2024. The line will have nine stations across Xuhui and Minhang districts as well as the Pudong New Area. The line will have three main parts — Puxi, Pudong and the cross-river sections. 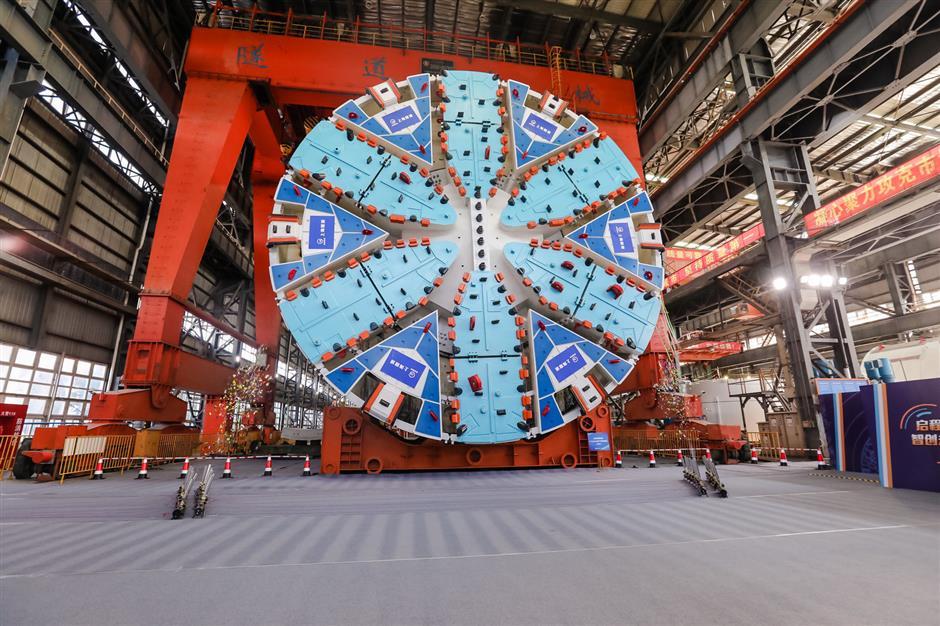 The shield weighs about 3,200 tons and is 99 meters long. The 14-meter diameter can dig and push 60 millimeters a minute underground.

Currently, passengers can take Metro Line 2 or an airport bus between the two airports. This takes between 70 and 90 minutes, depending on whether commuters use the Maglev in addition to the Metro.

As one of the country’s first batch of 11 demonstration city railways approved by the development and reform commission, the nation’s top planning body, the express line will be able to connect with the nation’s railway system and the intercity transport network of the Yangtze River Delta region in the future.

The express line will not only benefit transit passengers at both airports, but also make it more convenient for citizens to travel around the city. It will further improve the pivotal and service functions of both airports to the Yangtze River Delta region, according to the city government.

The line’s designed speed will be 160 kilometers per hour. About 88 percent of the project will run underground. Above ground, travel will be on elevated rails.