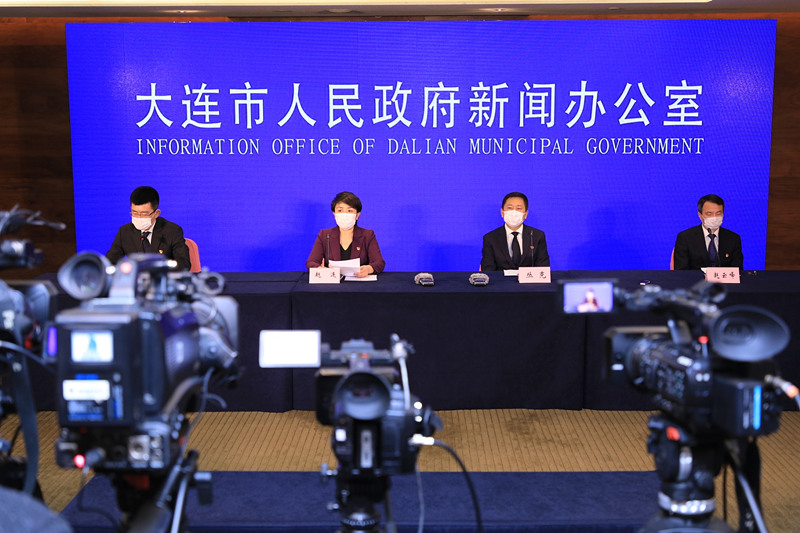 As of midnight Saturday, 48 COVID-19 cases had been reported in Dalian, and an additional 30 asymptomatic locally infected cases were under medical observation.

Zhao said that the outbreaks were detected very early. Four out of the 48 cases were discovered in weekly nucleic acid tests for cold chain employees. One case was found by an admission test for newly hospitalized patients. Another was found in a COVID-19 test required to take a postgraduate examination. Through the screening of close contacts, other positive infected cases were gradually found.

The speed of the spread was fast. According to surveys, on December 15, when the outbreak was reported, the epidemic spread rapidly in a shopping mall, and community transmission has occurred in other gatherings.

From the time the coronavirus was first detected in Dalian in the latest outbreak on December 11 to the implementation of quarantines in key areas on December 21, 26 people contracted the virus over 10 days. This represents a faster spread than the outbreak on July 22. The virus spread through four generations of contacts.

Many transmission venues were involved. The shopping mall located in the core business district with a large flow of people led to the rapid spread of the virus. The virus also spread at cold chain terminals, apartment complexes, shopping malls, schools and hospitals.

And a super transmission incident was spotted in Dalian that Jin (case No.35) infected 11 people through a family gathering, and then spread the virus to 33 people including other residents living in Jin’s apartment building and other social contacts.