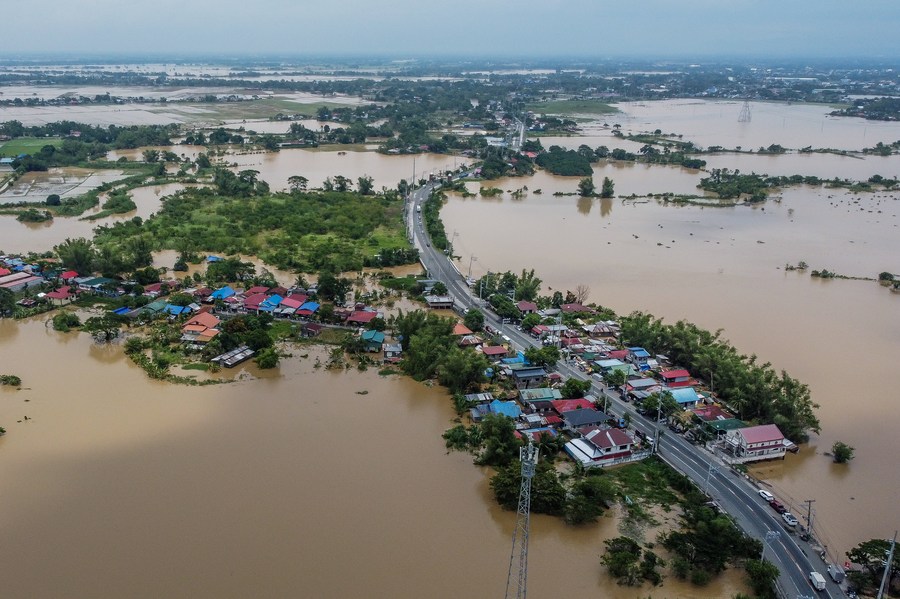 The center of the typhoon was about 145 km southeast of Yongxing island in Hainan's Sansha City at 6 a.m. Tuesday, with maximum core wind velocity reaching 51-56 meters per second, according to the Hainan Meteorological Service.

According to forecasts, Noru will proceed westward at a speed of around 20 km per hour while gaining strength and it is expected to make landfall on the central coast of Vietnam on Wednesday morning.

Hainan has suspended some of its railway services, and operations in three ports in the provincial capital Haikou will also be suspended starting 3 p.m. Tuesday due to the typhoon.