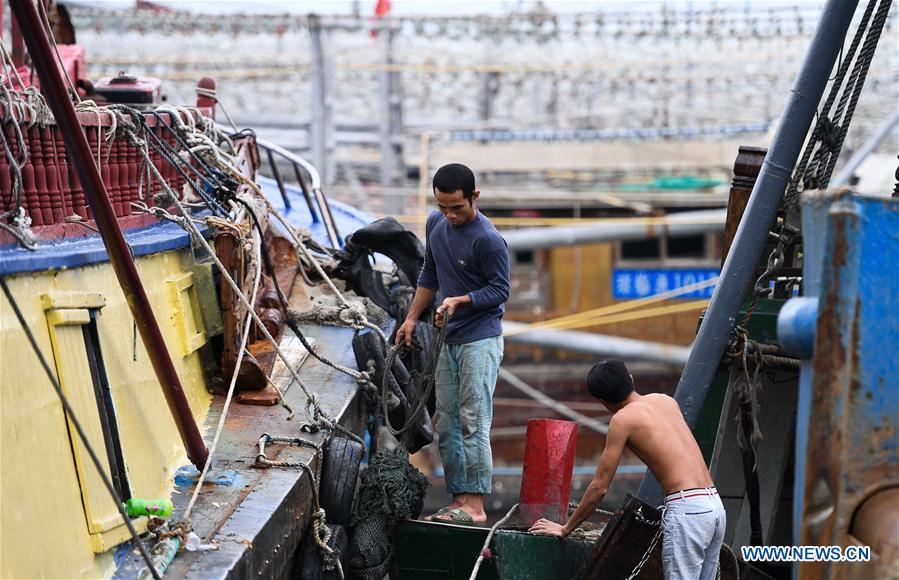 GUANGZHOU, Sept. 15 (Xinhua) -- All the high-speed rail services and some normal rail services will be suspended in south China's Guangdong and Hainan provinces as super typhoon Mangkhut approaches.

According to China Railway Guangzhou Group Co., services of high-speed rail in Guangdong will be stopped from Sunday, and high-speed rail services circling the island of Hainan will also be suspended from 4 p.m. on Sunday.

Some trains might be delayed due to the rainstorms brought by Mangkhut, it said.

The company has initiated an emergency plan since Saturday evening, dispatching nearly 10,000 employees for around-the-clock patrol of its rails to eliminate dangers caused by the typhoon in a timely manner.

According to China's National Meteorological Center, Mangkhut is expected to land in Guangdong between Sunday afternoon and evening.