CHINA Support needed for Hubei people in wake of epidemic

Support needed for Hubei people in wake of epidemic 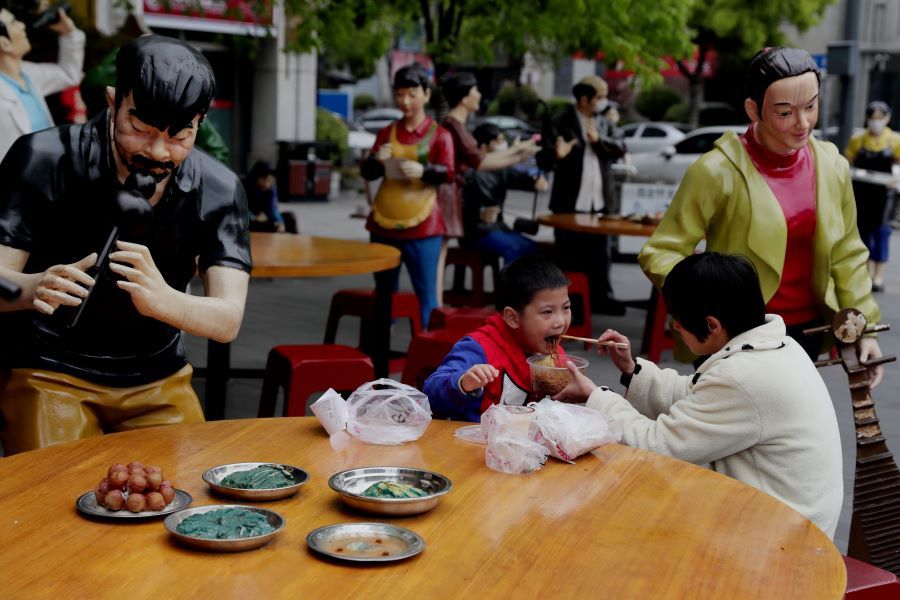 A boy eats hot dry noodles outside a restaurant in Wuhan, capital of Hubei province, on April 2. (Photo: CHINA DAILY)

Greater psychological support should be given to vulnerable groups and any discrimination against Hubei residents should be eliminated, as COVID-19 prevention and control has been normalized, officials said at a news conference on Friday.

He Qinghua, a senior official from the National Health Commission, said the commission would help build a social service network based on communities.

"Psychological support teams will be set up to help groups including the elderly, children, pregnant women, disabled people and patients with severe chronic diseases."

"Further, we will promote psychological knowledge on modern information platforms together with departments of civil affairs, education and associations," he said.

Chen Xuefeng, deputy head of the institute of psychology of the Chinese Academy of Sciences, called for anti-discrimination actions toward Hubei residents.

"Hubei people contributed and sacrificed a lot for novel coronavirus outbreak control, and people from other parts of China should not harm them psychologically," he said, asking for people to practice friendly attitudes and equal treatment toward them.

He added local governments need to reduce or eliminate discrimination against Hubei residents in recruitment.

"Employment discrimination affects social equity, which in the long run will do harm to employment stability and consumption promotion. In other words, harm to a group may end up hurting everyone.

"The Supreme People's Court also emphasized any behavior that discriminates against Hubei workers is illegal. As for this issue, each of us should care more for Hubei people," he said.