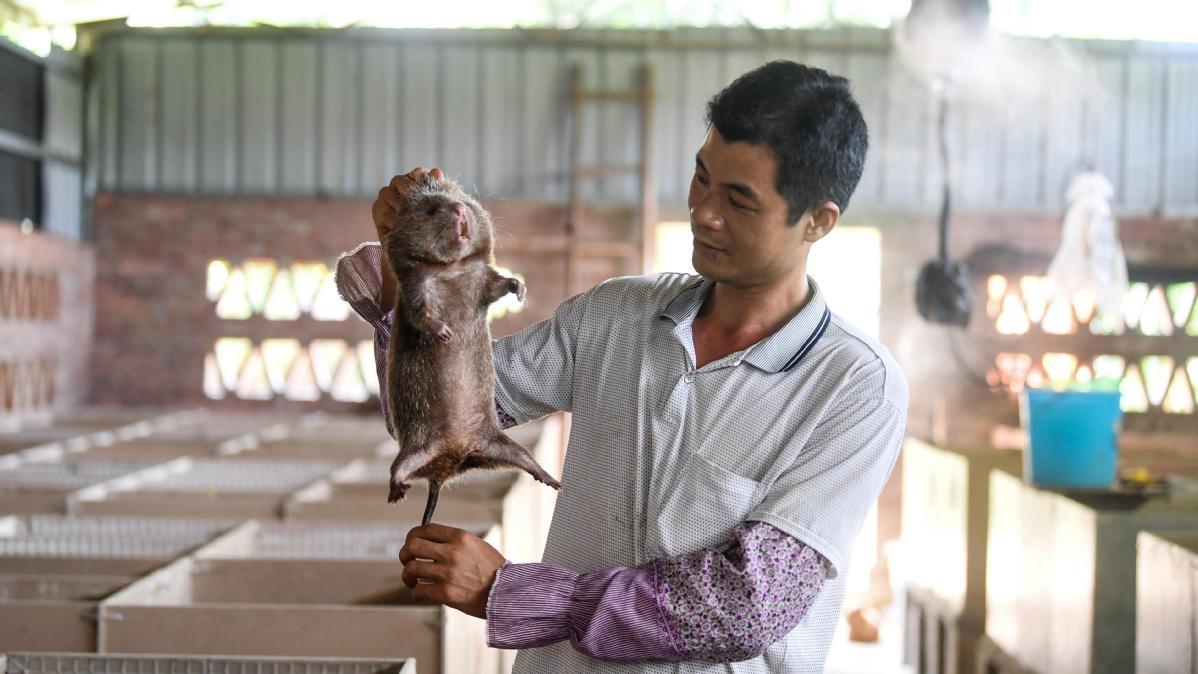 China's top legislature called on governments at all levels to strengthen efforts to help wildlife farmers transform their businesses, as the nation cracks down on the eating and trading of wild animals amid the novel coronavirus outbreak.

The Standing Committee of the National People's Congress, the country's top legislative body, launched a nationwide inspection from May to July, focusing on the implementation of the Wildlife Protection Law and a decision against illegal consumption of wild animals.

The report of the inspection was submitted for review to the bimonthly session of the NPC Standing Committee on Monday.

Shen Yueyue, vice-chairwoman of the NPC Standing Committee, who introduced the report to the lawmakers, said that intensified crackdowns against illegal consumption of wildlife had taken place across the country, but much more work had to be done to assist the affected wildlife farmers.

Since the nation's top legislature adopted the decision in February to comprehensively ban the wildlife trade and eliminate the unhealthy habit of eating wild animal meat, more than 12,000 agricultural markets have been closed and 19,000 wildlife-related products have been seized, said the report.

Shen welcomed the clampdowns, but said many wildlife farmers have been facing difficulties in their business, as policies and measures on how to compensate them and help them transform their business because of the ban have yet to be clarified.

She added that the delay in the implementation of the policies is putting the farmers in a tight spot and causing them a great deal of economic losses.

The report said that more than 244,000 farmers are affected by the ban, since the farmed wild animals, such as snakes, bamboo rats and porcupines, cannot be eaten or utilized in other sectors.

The value of the affected wild animals is estimated at 11.3 billion yuan ($1.6 billion), while the cost of the facilities for breeding the wildlife is worth about 7.43 billion yuan, it said.

Meanwhile, many wildlife-related industries are key projects related to poverty alleviation, "so the burden of helping the farmers adjust their businesses is as great as lifting them out of poverty", Shen said.

Under these circumstances, she called on governments at all levels to make policies in accordance with their practical situation to solve wildlife farmers' problems, urging the authorities to clarify issues such as compensation as soon as possible.

In addition, funds and other financial support also need to be increased, she said, adding that efforts must be made to avoid the killing of wild animals and the total shutdown of wildlife farms during this process.