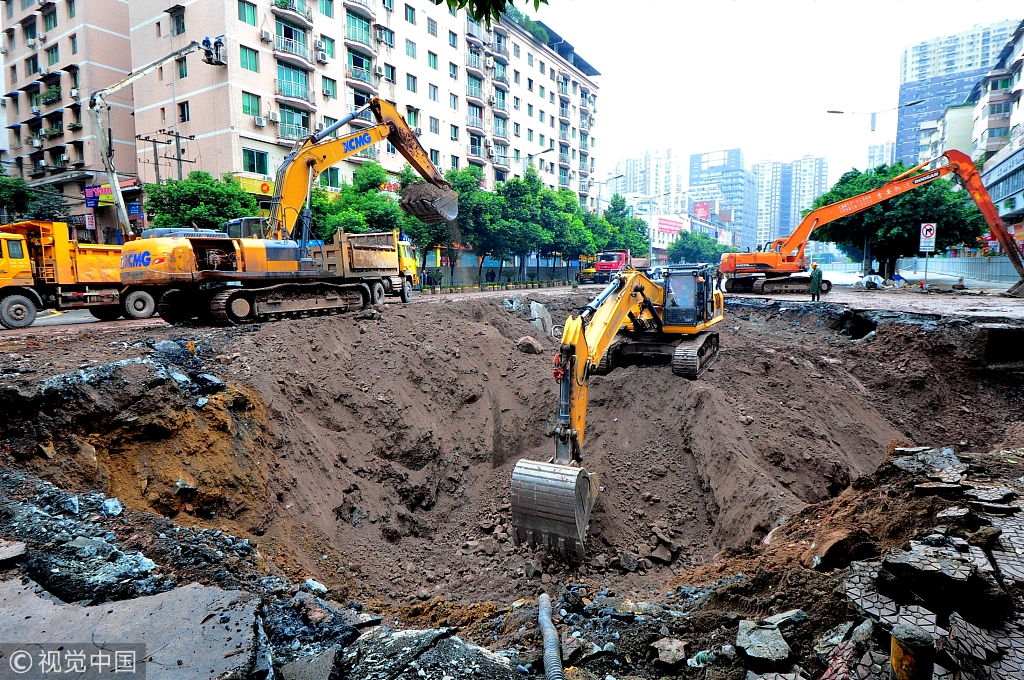 Rescuers try to search for the victims on October 8, 2018.  Photo: VCG

At 2:28 pm October 7, a large portion along a sidewalk near a distance bus station and a hospital collapsed in Dazhou bordering Chongqing. A young couple and father and son passing by were killed.

The rescue efforts were taken immediately. The couple, who wed just four days ago, were found the next day but died in hospital later, according to thepaper.cn.

The bodies of the father and son were found Tuesday afternoon.

The authorities have not yet disclosed the reason for the collapse.