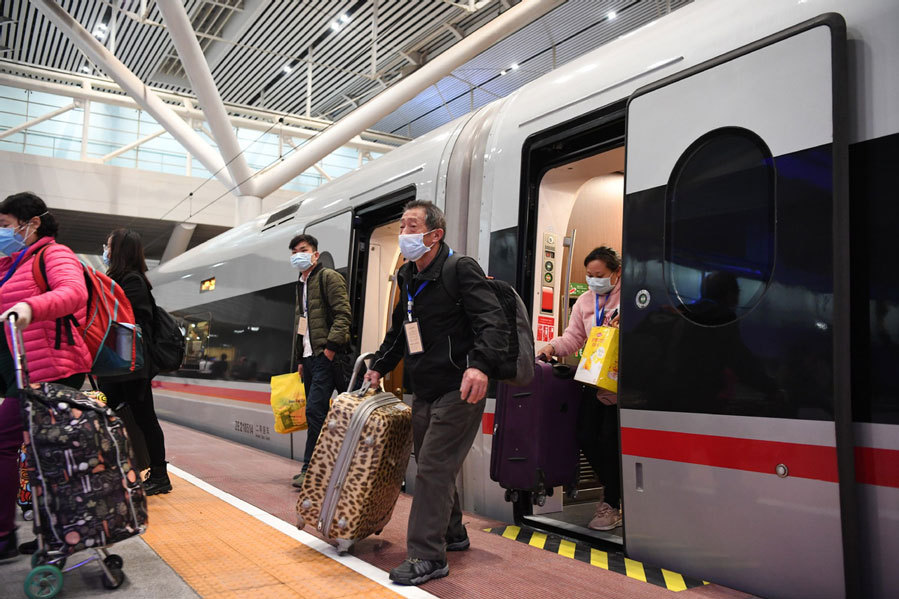 The young become urbanites, the older work longer due to smaller pensions

The average age of the Chinese rural migrant workers who have manned assembly lines at coastal factories or laid bricks on the rims of expanding cities has been climbing, a survey has found.

The average age for 290 million migrant workers in the nation has been approaching the legal retirement age, which is usually 60 for men and 55 for woman, according to the Migrant Workers Monitoring Survey Report 2019, released by the National Bureau of Statistics.

The findings were based on a sample of 226,000 rural workers across the Chinese mainland who were holders of rural hukou, or household registration, who work in nonagricultural sectors or work away from their ancestral home for at least six months.

The trend is shorthand for the fast-aging demography of China, which became an aged society in 1999 when people age 60 and older crossed the international threshold of 10 percent of its population.

The past two decades have seen the percentage soar to 18.1 percent by end of last year, with 253 million citizens falling into that age group, the bureau said.

However, migrants are older than others, given that the average age of the Chinese working population as a whole is 37.8, according to a 2019 report by the Center for Human Capital and Labor Market Research, an affiliate of the Central University of Finance and Economics in Beijing.

The NBS report also found nearly one in four such workers were aged 50 and above last year, about six times the level of 2009.

The percentage of those aged between 16 and 30 shrank significantly over the period, from 61.6 percent to 25.1 percent.

Migrant workers are aging at an alarming rate, said Yang Yifan, deputy head of the National Interdisciplinary Institute on Aging affiliated with the Southwest Jiaotong University in Chengdu, Sichuan province.

He noted that the percentage of workers age 50 and above increased by 3.3 percentage points over the two years ending last year.

A growing number of younger workers from rural areas have acquired urban hukou and are no longer classified as migrant workers, he said.

The population of rural migrants has ballooned over the past 40 years, becoming the cheap labor that has fueled the decades-long construction spree and manufacturing boom in the coastal regions and inland cities after China began reform and opening-up in 1978.

Lowering the threshold of urban residency is part of a new round of reform over the nation's two-track urban-rural hukou system since 2012. The drive aimed to boost the availability of education, healthcare and other local public services among migrants.

Li Na, a labor law researcher at China University of Labor Relations, said the two-track social security system, which means much smaller pensions in rural areas, is another factor shoring up migrants' age by obliging older migrants to work longer away from home.

"They usually work in construction and other labor-intensive sectors that demand few skills and are loosely regulated," she said.

Statistics from the Beijing Municipal Commission of Housing and Rural-Urban Development show the average age of construction workers in the city was 43.1 in 2017, almost 10 years older than in 2007.

Li said the aging trend has raised labor rights and social security concerns because labor laws do not acknowledge the working status of those older than 60. That has forced them to work casual arrangements without injury insurance and other employment benefits, she said.

To fix the problem, employment authorities have allowed employers to bypass the age limit to buy collective injury insurance for older migrants. However, despite the policy, many remain uninsured because they tend to relinquish certain employment benefits to offset the disadvantages caused by their age in the job market.

Experts have been calling for a safety net that can transcend hukou restrictions and does not discriminate against out-of-towners.

Li said migrants, especially older ones, are susceptible to unemployment and can remain jobless for an extended period of time, as was the case amid the domestic COVID-19 outbreak earlier this year.

Yang suggested more job training sessions targeting older migrants, as they have already scrambled to adapt to workplaces that are increasingly mechanized.

"Without updated skills, they could face 'systematic unemployment'," he said.

"The aging of the group is not scary in itself. What we need to do now is to see to it that they are cared for when too old to work, and have access to local public services where they work," he added.