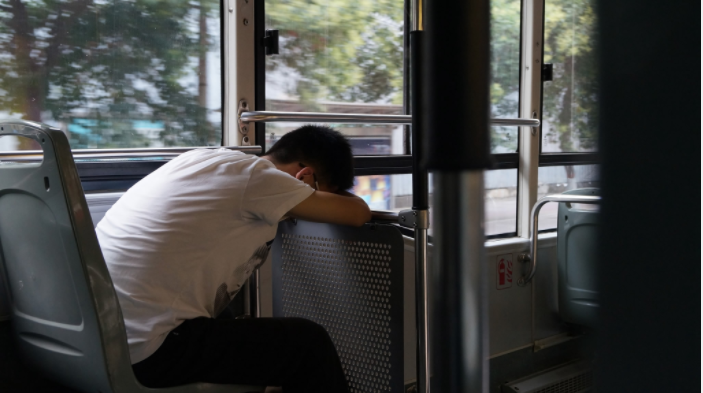 Ahead of the 18th World Sleep Day on March 21, a survey made by Chinese Medical Doctor Association (CMDA) got the attention of Chinese netizens with its headline claiming most of the post-90s

generation in China are not getting enough sleep.

The survey was published on Sunday by the Sleep Medical Commission under the CMDA with a hope to help enhance people’s efficiency both at work and in study.

Sixty percent of people born after 1990 are reportedly suffering from insufficient sleep, with an average sleeping time of 7.5 hours, below a proposed healthy sleeping time of around eight hours.

With regard to sleep patterns, the survey found that 31.1 percent of its millennial respondents are sticking to a habit of getting up and sleeping late. Around 30.9 percent sleep late but get up early and 28.2

percent naturally wake up in the morning regardless of bed time. However, only 17.5 percent of people keep early hours, a concept practiced by a lot of Chinese people.

Programers have particularly become the victims of poor sleep due to their work, accounting for 16 percent of the insomnia population, followed by blue collar workers and salespersons. The poor sleep

resulted from pressures from their work, life, surroundings and then personal habits.

The survey went into details about sleep quality of people in different places across the country. People living in the country’s tier-one cities, including Beijing, Shanghai, Guangzhou and Shenzhen, sleep the

least each day, with an average of less than seven hours.

People in Shanghai have the earliest time of sleep while Shenzhen has the latest. Beijing residents wake up earliest than people in any other part of the country, with people in the southern city of Zhuhai

There is no exact number of how many people who were born after 1990 took part in the survey.

Han Fang, chairman of China Sleep Research Society, estimated that there are about five to six thousand people suffering sleep disorders and only two percent of them visited a doctor for medical

Professionals from China Sleep Research Society and the Sleep Medical Commission both suggested that people make full use of time in the morning and do exercise in the afternoon or at night.