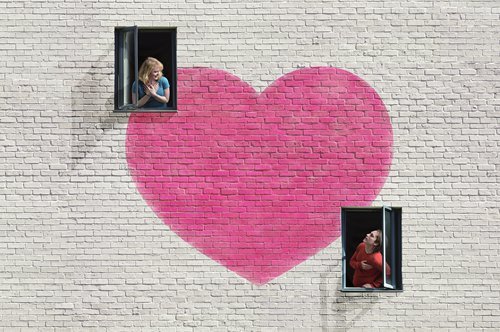 A survey asking Chinese young people why they're unwilling to get romantically involved sparked heated discussion on China's Twitter-like platform Weibo on Wednesday, after more than half of the respondents said a relationship costs too much time, money and energy.

China's single adult population who live on their own is expected to reach 92 million by 2021, the Ministry of Civil Affairs predicts.

The survey by China News Weekly attracted more than 621,000 respondents. Posts on the topic were viewed 600 million times.

Respondents were given four choices. About 325,000 participants chose "being single is better than being in a relationship, which costs time, money and energy" accounting for 52.4 percent of all respondents.

"Can't find a partner" was the second most popular choice, accounting for 25 percent of participants. Just over 20 percent of participants chose the statement "work and life pressures are driving young people into an era of low desire". Another 1.9 percent chose "I have a different opinion and will leave a comment below."

There were almost 18,000 comments and an oddly popular one was "I do not want to be killed by my boyfriend or husband through bone crushers or be dropped into sewers," which was written by Weibo user Lumi-K, who got more than 38,000 likes. The comment apparently refer to the shocking murder case of a man in Hangzhou who killed his wife and disposed of her body in the sewer system of the couple's community.

The dark theme continued with Kiss-Mantuoluo who complained that a woman in marriage is like a housekeeper who doesn't get paid. "You do the job and take the risk of losing your life."

Another netizen whose user name is "nonprofessional dancer" wrote, "I could get into a relationship, but I don't want to get married."

A 28-year-old editor of English Weekly in Taiyuan told the Global Times, "I am single because I haven't yet met the suitable person. I don't think getting into a relationship would be an exhausting thing for me," she said.

She added that domestic violence and divorce can be avoided if couples spend time to understand each other.

The survey may have had its beginning from a Weibo post showing "the number of young Japanese women not in a relationship or marriage has increased 1.5 times in 20 years," which resonated with many Weibo users and was viewed 440 million times on Monday.

An article by the China Family Planning Association published in May titled Report on Sexual and Reproductive Health in Chinese Universities, surveyed 54,580 Chinese college students. It showed  50 percent of single male students and 64 percent of single female students prefer to "take things as they are" and were not "eager to find a partner."