Suspect arrested over stabbing incident in HK not from Chinese mainland 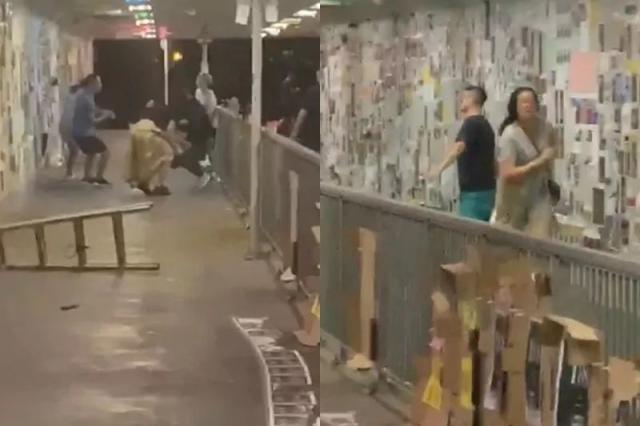 Hong Kong police confirmed on Tuesday that the suspect arrested over stabbing incident in Tseung Kwan O tunnel had a Hong Kong identity card and was a local resident of Hong Kong. Earlier several Hong Kong media reported that the suspect had a mainland accent.

The 50-year-old male suspect had stabbed his victims, two women aged 26 and 35, as well as a man, 24, at Lennon Wall in Tseung Kwan O tunnel at around 1:30 am and was later arrested on Tuesday at a checkpoint in Lo Wu.

Police said in a press conference they would not condone any criminal acts and had launched an investigation into the incident.