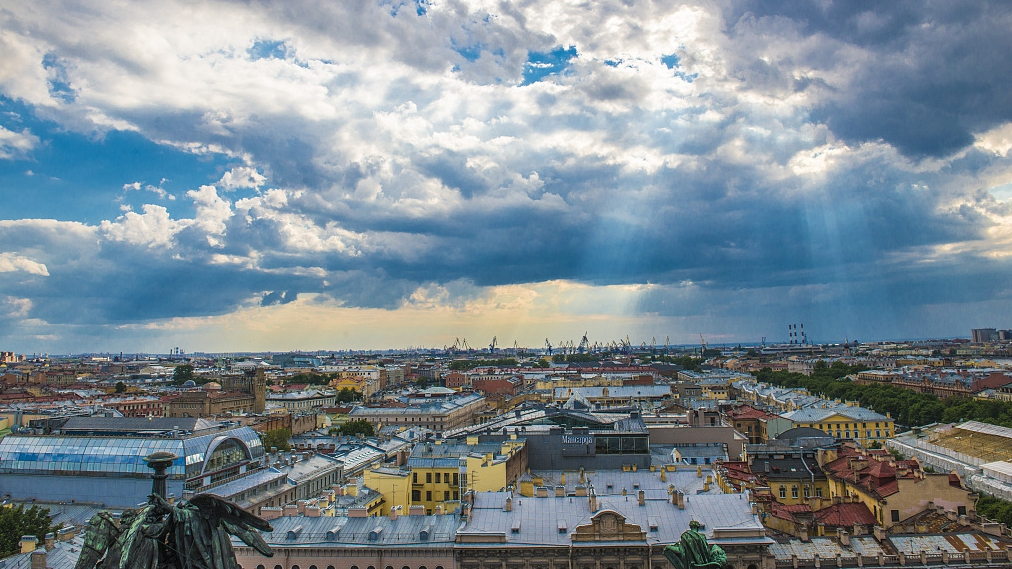 In today's world, the sagging global economy is slow to pick up, de-globalization gathers momentum, trade protectionism, and unilateralism is on the rise, and countries keep slapping sanctions on each other. These, together with the refugee crisis, the trade war, and regional conflicts, have made the global economic outlook more uncertain.

And with economization of politics and politicization of economic problems being a growing trend, people are deeply concerned about the prospect of economic development.

Against such a backdrop, the 23rd St. Petersburg International Economic Forum (SPIEF) is to be held from 6 to 8 June 2019.

As Russia's most influential economic event, the Forum this year, themed "Creating a Sustainable Development Agenda", will see global leaders come together, exchange views on the pressing challenges the world economy faces today, and make proposals for the establishment of a more balanced global economic architecture to meet the sustainable development goals.

As the world closely follows the event, people are asking: what will be the highlights of this forum? And what kind of agenda will it craft to promote sustainable development?

The Eurasian Economic Union (EAEU), led by Russia, is the most important economic integration organization and mechanism in the Eurasia region.

Since the signing of the Treaty on the Eurasian Economic Union five years ago, the Union has developed steadily and sought to sustain regional economic growth by building economic ties with external partners.

At SPIEF 2016, Russian President Vladimir Putin put forward the concept of pan-Eurasian cooperation. To date, EAEU has signed an agreement on information exchange with China and had talks with Vietnam, Singapore, Egypt, Serbia, etc. on the creation of free trade zones. Its free trade zone deal with Iran will officially take effect soon. How to facilitate Eurasian integration and international economic cooperation could be one of the major topics at this year's Forum.

As an emerging economy, China is Russia's largest trading partner. At the invitation of Putin, Chinese President Xi Jinping will attend the Forum as part of his state visit to Russia from June 5 to 7 . This will be a landmark in China-Russia bilateral relationship as this year also marks the 70th anniversary of the establishment of diplomatic ties between the two countries.

Moreover, the visit will also generate new opportunities for economic cooperation between the two amidst ongoing China-U.S. trade war. Sanctions imposed on Russia by the West have prodded the former to shift its economic pivot to the East and strengthen its economic partnership with China. Bilateral trade between Beijing and Moscow already topped 100 billion U.S. dollars last year.

In September 2018, President Xi attended the Eastern Economic Forum held in Russia. In April this year, Putin visited Beijing for the Belt and Road Forum for International Cooperation. Strengthening the complementarity of the Belt and Road Initiative and the Eurasian Economic Union have paved the way for further development of pan-Eurasian cooperation and China-Russia strategic partnership.

Another highlight of this forum is that China will be the guest country of honor for the St. Petersburg International Cultural Forum 2019.

Relations between Russia and the West

Russia's relations with the West seem to have long been closely followed by the world. Since the Ukraine crisis, G7 countries, including the U.S. and some European states have imposed several rounds of economic sanctions on Russia; all met by the latter's countermeasures. The relationship between Russia and the West has plunged to its lowest point after the Cold War.

However, with U.S. President Donald Trump pulling away from the "Russia gate" investigations, the breakout of the China-U.S. trade war, and the European Union bogged down in political quagmires, there seems to be an easing of the strained Russia-West relationship. How far will it go? And what does it mean to the world economy? Only time will tell.

How can the global economy develop sustainably?

Investment, trade, and consumption are deemed as the three pillars for economic growth.

To promote sustainable development, countries should mitigate uncertainty and unpredictability, avoid economic stagnation and recession, set up a fair and just global economic and political order, and hold fast to the path of scientific, harmonious, common and balanced development.

Governments around the world should also make sure that their development approaches are in line with their national conditions, set up effective development mechanisms, promote technological advancement, protect natural resources and the ecosystem, adopt stable and effective long-term development strategies, and set realistic and attainable development goals.

All countries should respect one another, cooperate on equal ground, be open and tolerate, build connectivity among all countries, and seek win-win results.

Specifically, for these five major factors, human and natural resources are essential to the economy, mechanisms and technology connect each factor, and the environment provides external support.

Living in a global village, human beings are bound together in a community with a shared future. Sustainable development of the global economy is of utmost importance, yet we still shoulder heavy responsibilities and face a long and arduous journey ahead.