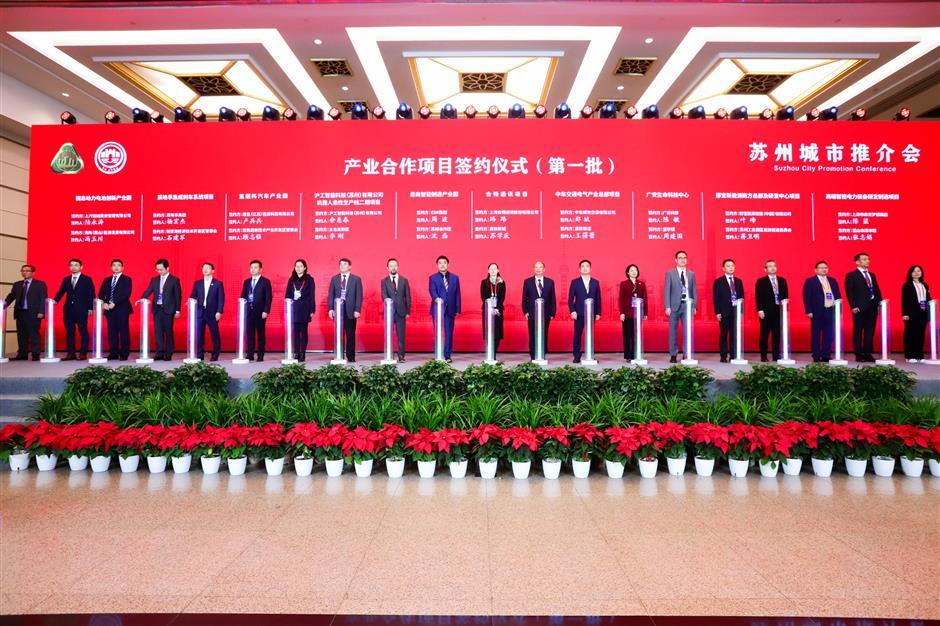 Officials from Suzhou and Shanghai signed 90 cooperation agreements on Friday. 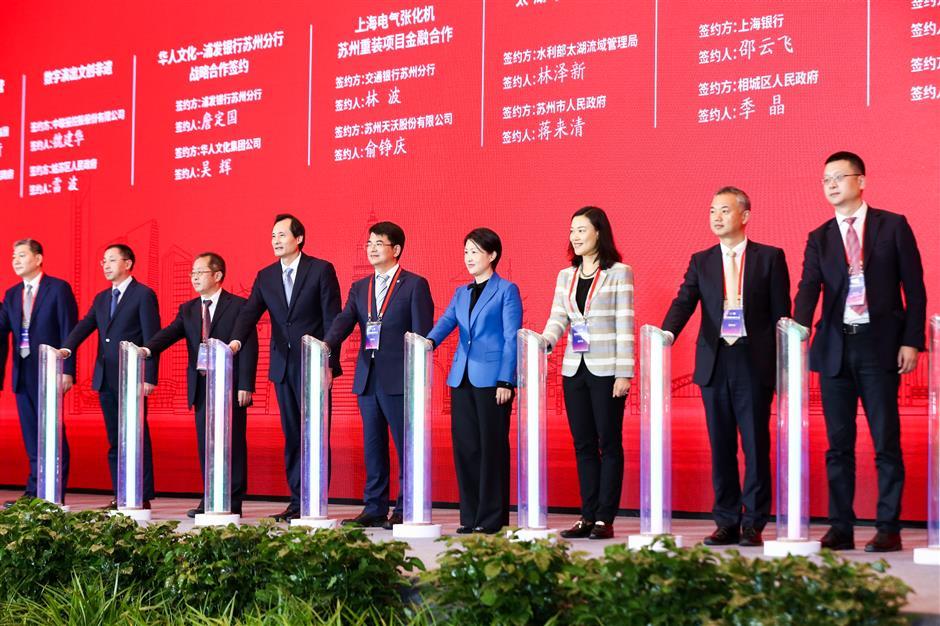 Suzhou and Shanghai are deepening exchanges in a number of sectors.

Suzhou, in neighboring Jiangsu Province, stepped up its integration in the Yangtze River Delta region with 90 cooperation agreements signed in Shanghai's Pudong New Area on Friday.

Among them are 19 industry cooperation deals, 11 culture, tourism and financial projects, and 12 projects regarding the Yangtze River Delta Ecology and Greenery Integration Demonstration Zone.

The two cities are expected to deepen exchanges to promote more fruitful results in science and technology innovation, industry integration development, transport, ecology and the construction of the demonstration zone, opening a new chapter of their cooperation, said Xu Kunlin, Suzhou’s Party secretary.

Since integrated development of the Yangtze River Delta region became a national strategy, the cooperation between Shanghai and Suzhou has been on the fast track, said Peng Chenlei, Shanghai’s vice mayor.

The opening of the Shanghai-Suzhou-Nantong railway and Donghang Road project this year have further fueled cooperation between Shanghai and Suzhou, he said.