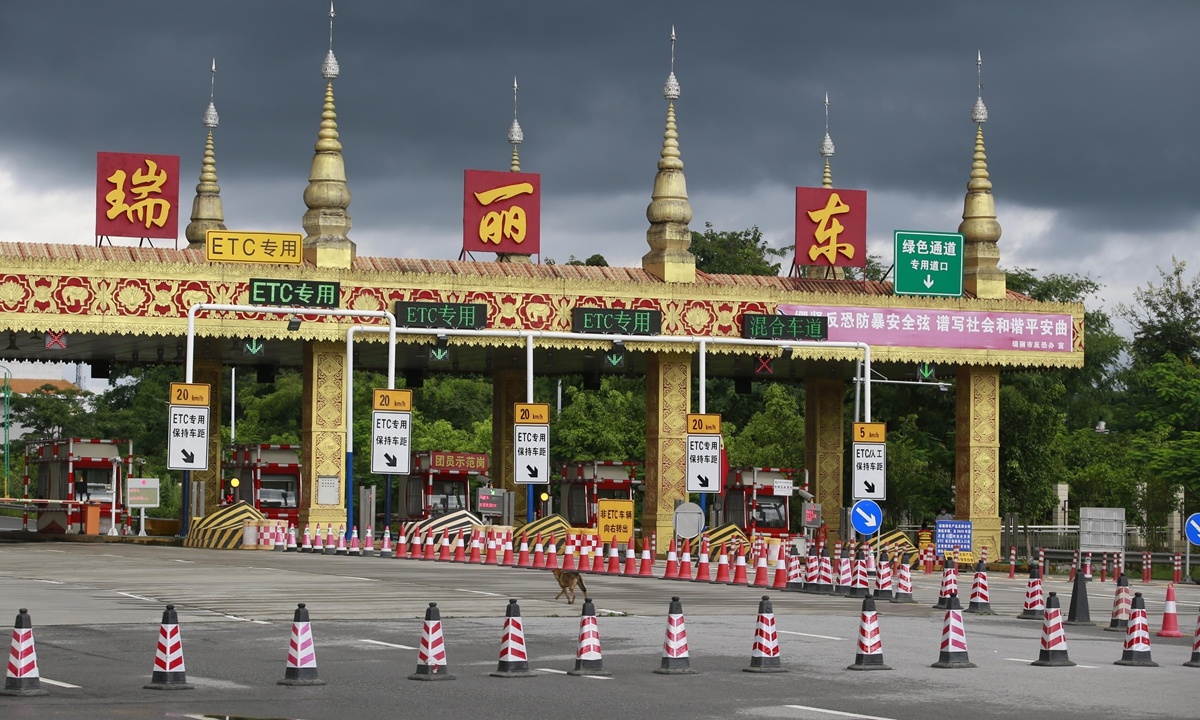 The China-Myanmar border city Ruili in Southwest China's Yunnan Province, which has ground to a halt after illegal border crossings, has tested more than 80,000 residents so far, aiming to detect COVID-19 infections and nip the spread of the virus in the bud.

Provincial public security departments on Wednesday vowed to crack down on illegal entries to avert a catastrophic epidemic brought about by two imported cases.

Residents in Ruili, home to more than 200,000 people, will take nucleic acid tests while being told to stay at home, avoid visiting friends and remain in the city, the local government said.

As of Wednesday afternoon, a three-day citywide testing program involving more than 800 medical staff was in full swing, with 80,311 having been tested.

The city is expected to test 120,000 people as of Thursday. To quicken the process, health authorities increased the sample collection points to 360.

The results of nucleic acid tests will be sent to residents online. So far, not a single positive result has been found.

With the assistance of neighboring cities and provinces, the daily nucleic acid testing capacity has increased from 2,500 previously to 250,000, officials revealed on Wednesday.

Ruili pressed the pause button after two patients who crossed the Chinese border illegally from Myanmar were confirmed to be infected with COVID-19 on Monday.

After the illegal border crossings, at least eight prefectures and 25 counties that border Myanmar in Yunnan have entered wartime status, and the local authority banned any vehicles or people from outside those regions from entering.

The Yunnan provincial public security department warned of the risk of the virus spreading from overseas, and it vowed to enhance its crackdown against illegal border entries.

"The situation of domestic epidemic prevention and control is generally stable, and the greatest pressure is to prevent overseas cases from entering the country, especially via land and water borders. If we fail, it will bring a catastrophic epidemic risk to the province and the country," officials said during a videoconference on Wednesday.

The province's public security organs should regard the prevention of imported cases as the most important political task.

Since Tuesday, the jewelry market in Ruili has been closed. "We have been informed to shut down for a week, and the government demands thorough disinfection of the shops," a local jewelry dealer told the Global Times. According to some online store owners, since the city's express services have been temporarily stopped, their online stores have also suspended trading.

Most residents in the city are optimistic, but the Global Times found that some went online to voice their concerns over upcoming travel season in Yunnan during the  National Day holidays due to the epidemic.

Amid the lockdown, some hyped panic buying in the city, which was dismissed by government officials on Tuesday.

Reserves of daily necessities, food and medical supplies are adequate and water, electricity, natural gas and network communications are all guaranteed. Goods prices in the city are generally stable, Yang Shiyong, a deputy mayor of Ruili, said.

Each family can go out to purchase daily necessities every three days during the lockdown, and those who cannot go out can contact officials to deliver things to them at home.