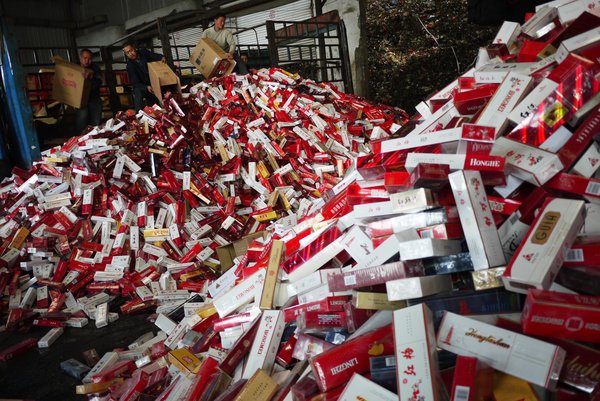 Staff members take out counterfeit cigarettes at in Shijiazhuang, Hebei province, and prepare them for burning on March 30, 2012. (File Photo: China Daily)

On April 9, police officers in the city of Lincang were informed by the local tobacco monopoly bureau that a batch of problematic cigarettes would go through Zhenkang county.

On April 10, the police officers captured a truck carrying the smuggled cigarettes.

A total of six suspects were caught.