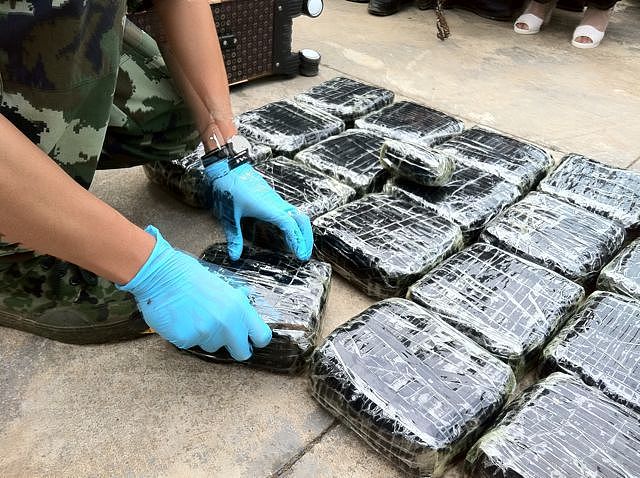 Police in southwest China's Yunnan Province, which borders the notorious opium-producing Golden Triangle, have caught 104,000 drug dealers and seized nearly 107 tonnes of drugs during the past five years.The amount of heroin and meth seized in the province accounts for around 80 percent and 90 percent respectively of the total confiscated across the country, according to the provincial police department.As the country's frontline in the battle against drugs, Yunnan has stepped up anti-narcotics collaboration with Southeast Asian countries, with seven joint offices established in border areas, and 37 joint investigations conducted with with Myanmar, Laos and Vietnam.In addition, Yunnan has helped replace more than 320,000 hectares of poppy plantations with other crops in northern Myanmar and Laos.The province has also lessened the demand for drugs, arresting 250,000 drug users during the past five years and rehabilitating 60,000 of them.As of the end of September, more than 1,300 towns had drug rehabilitation institutions, with more than 4,400 staff.