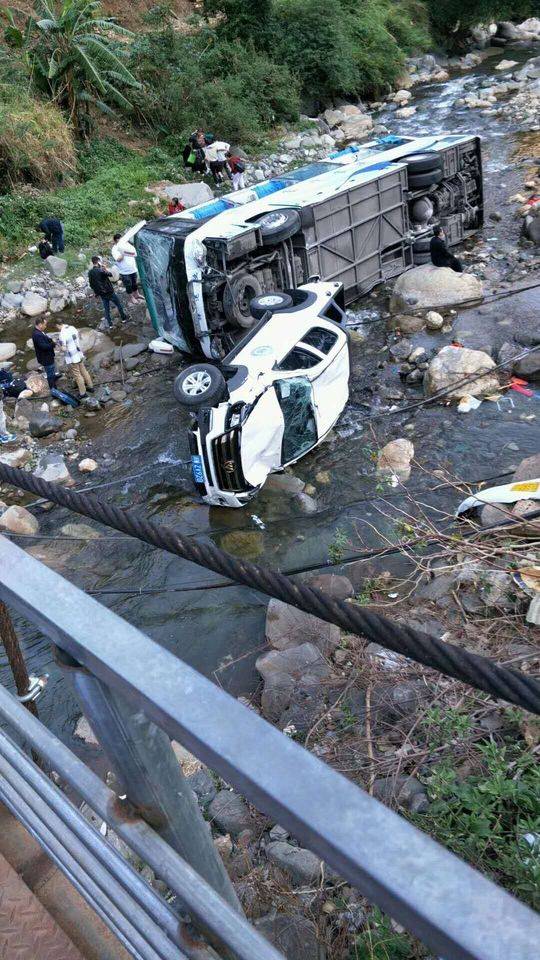 A tour bus and a pick-up truck fell into a brook following a collision on Friday on a highway in Yanyuan county, Southwest China's Sichuan Province, killing two people and injuring eight, including two in serious condition.

The accident occurred at about 8:10 am near Lugu Lake, known as the Plateau Peal for its peculiar natural scenery bordering Ninglang County in Yunnan Province and the Yanyuan of Sichuan.

Thirty-nine people were on board the bus and one in the pick-up truck when the accident happened, according to a statement released by the public security bureau in Yanyuan.

Initial investigation shows that the accident was caused by the overtaking truck. The truck driver has been detained.