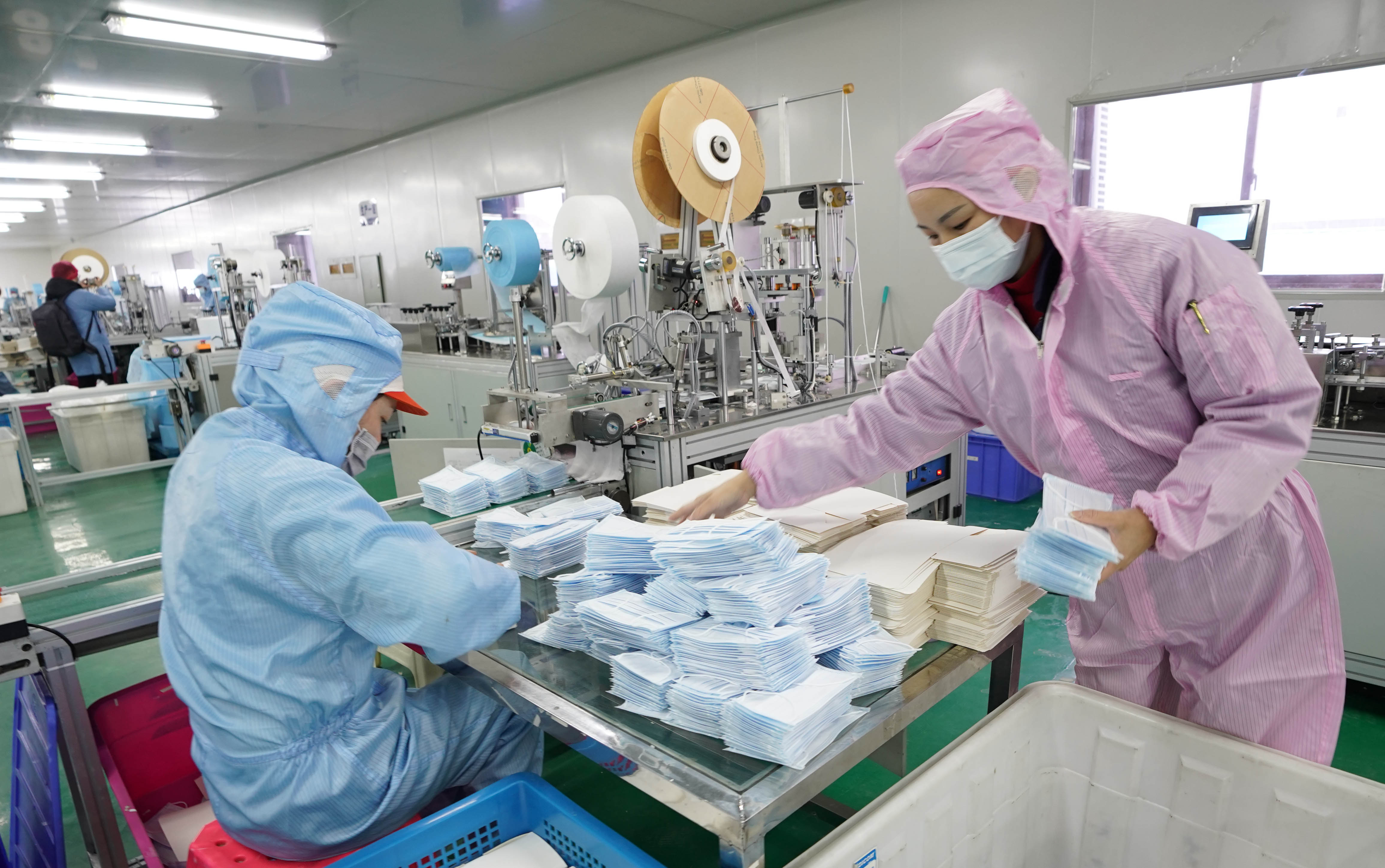 In the unexpected battle against the novel coronavirus outbreak, China is making all-out efforts to protect its own people, and meanwhile taking on its responsibility as a major country to contain the spread of the epidemic.

"If it weren't for China's efforts, the number of cases outside China would have been very much higher," said Director-General Tedros Adhanom Ghebreyesus of the World Health Organization (WHO) on Monday.

In the eyes of political leaders and health experts across the world, China's swift and decisive measures as well as its commitment to transparency and cooperation are not only consolidating global confidence in winning the fight, but also setting up a good example on tackling a major epidemic.

In an unprecedented move, Wuhan, the epicenter of the outbreak, was locked down to curb the spread of the virus. Thirty-one provincial-level regions activated top-level emergency responses. Long-distance bus services were halted in many provinces.

The Huoshenshan (Fire God Mountain) Hospital, a makeshift hospital with 1,000 beds dedicated to treating patients infected with the coronavirus, was completed in Wuhan in a record 10 days. A second one, with 1,600 beds, is to be completed on Wednesday.

China has been taking "serious measures at the epicenter, at the source," Tedros noted Monday at the 146th session of the WHO Executive Board meeting.

In the eyes of Peter Lomas, publisher and CEO of Fiji's leading English newspaper Fiji Sun, "the remarkable efforts are epitomized by the swift building of the temporary hospitals in Wuhan" at an awe-inspiring speed.

It is not only the speed of construction that has impressed the world. While declaring the outbreak a Public Health Emergency of International Concern on Jan. 30, the WHO chief stressed that "the speed with which China detected the outbreak, isolated the virus, sequenced the genome and shared it with WHO and the world are very impressive, and beyond words."

Jose David Urbaez Brito, scientific director at the Federal District branch of the Brazilian Society of Infectious Diseases, also noted that China has responded at an unprecedented speed.

"As a result of (China's) technological development, for example, the sequencing of the virus was carried out in the span of a week. That does not usually happen in these situations," said Urbaez.

By the end of Monday, 20,438 cases of novel coronavirus infection had been confirmed in China with 425 deaths, and 632 patients had been cured.

Meanwhile, Tedros said at the Monday meeting that 146 confirmed cases had been reported in 23 countries outside China. "It's actually small, and it's coming only slow," added the WHO chief.

"I will praise China again and again, because its actions actually helped in reducing the spread of the novel coronavirus to other countries," Tedros said at a press conference last week.

China's rapid sharing of the genetic sequence of the virus is also really important, said Jonathan Gershoni, a virologist and immunologist at Israel's Tel Aviv University.

Knowledge of the genetic composition, he added in an interview with Xinhua, allows for the development of more sophisticated, precise and sensitive diagnostic tools as well as therapeutics and hopefully vaccines.

China's actions are giving the rest of the world time to respond to a possible health emergency, said Ernesto Carrasco, president of the Ecuadorian Medical Federation.

The Chinese people "are protecting the world from an even faster spread through their willingness to make sacrifices and their commitment," said Michael Schumann, head of the German Federal Association for Economic Development and Foreign Trade. "They deserve our respect and our active and energetic support."

China's action and attitude, many observers have pointed out, have shown not only its high sense of responsibility for the lives and health of its own people, but also its strong support for global disease prevention and control.

In an interview with EURACTIV's Network, a pan-European media organization, Zhang Ming, head of the Chinese Mission to the European Union, said that besides quarantine, the measures China has taken include disease tracing, massive medical support, nationwide emergency response, all-out treatment efforts, drug and vaccine development, as well as information sharing and cooperation with international agencies and foreign countries.

China's State Council also encourages the public to provide clues about underreporting of cases, he added. "Once underreporting is found, officials concerned will be held accountable."

"The example to follow is (that) after identifying the epicenter of the virus (outbreak), the Chinese government succeeded in isolating millions of people to prevent new infections," Ferreira added.

Elio Di Rupo, former prime minister of Belgium and current minister-president of the Walloon government, also stressed in an exclusive interview with Xinhua that "the key is to avoid spreading the virus."

"This is the reason why the Chinese authorities are forced to quarantine many millions of Chinese people, and I believe this is the only solution", he said.

Sherry Rehman, vice president of the Pakistan Peoples Party, said Pakistan is learning from China's experience in taking prompt actions, handling the situation properly and providing services in the face of such an emergency.

China's efforts to combat the disease deserve respect and appreciation, and are worth learning, said Tedros, noting that in fact, many of the prevention and containment measures the country has taken far exceed relevant requirements for dealing with emergencies.

"In many ways, China is actually setting a new standard for outbreak response," noted the WHO chief.