Peking University (PKU) on Tuesday hosted a symposium to review the Communist Party of China's (CPC) international exchanges over the past 100 years and envision its communication and cooperation with global political parties in the new era. 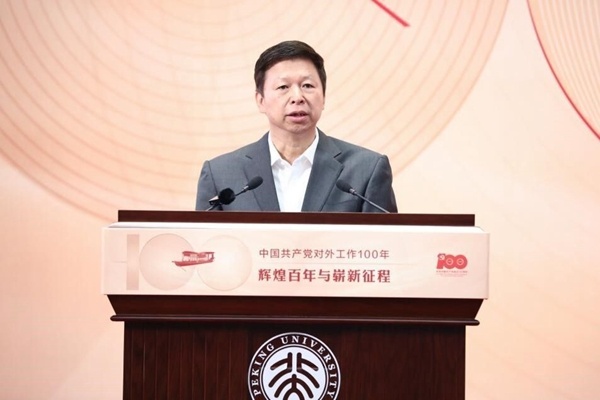 Song Tao, minister of the International Department of the CPC Central Committee, said that the Party's international work should tap into the prevailing trend of history and establish a new type of relationship between the CPC and the rest of the world. This new paradigm should be fostered to make even greater contributions to solving common problems facing humanity.

While this year marks the 100th anniversary of the CPC's founding, China also stands at a crucial juncture where the timeframes of its two centenary goals converge (from 2020 to 2035, working to basically realize socialist modernization; from 2035 to the middle of the 21st century, developing China into a great modern socialist country.)

"Reviewing the Party's international exchanges over the past century and embarking on a new journey is therefore of great significance to the drive for innovation in our work and to the great rejuvenation of the Chinese nation," Song said. 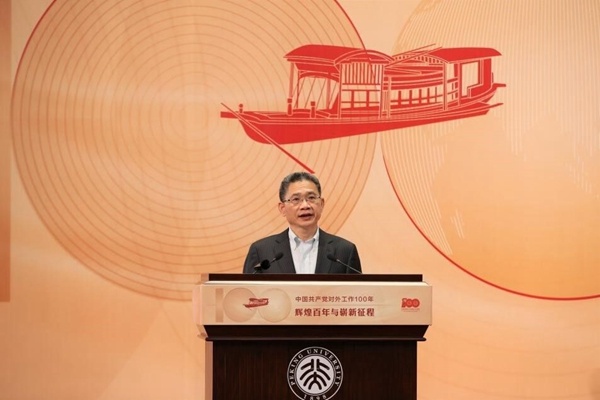 Fang Jiangshan, deputy editor-in-chief of People's Daily, speaks at the symposium. (Photo courtesy of the International Department of the CPC Central Committee)

Fang Jiangshan, deputy editor-in-chief of People's Daily, emphasized the role of the Party's international communication work in strengthening strategic mutual trust and friendship between countries, improving the external environment, and building a community with a shared future for mankind.

According to PKU's official website, the university was the first base to spread Marxism in northern China. At the beginning of the 20th century, PKU professor Li Dazhao, who later became one of the main founders of the CPC, raised the banner of Marxism in China and systematically accepted, disseminated, and practiced the theory.

The symposium was jointly organized by the International Department of the CPC Central Committee, People's Daily, and PKU.