SHENZHEN, March 25 (Xinhua) -- Liu Jieyi, head of the Taiwan Work Office of the Communist Party of China Central Committee and the Taiwan Affairs Office of the State Council, Monday met with Kaohsiung mayor Han Kuo-yu, who is leading a delegation from the city. 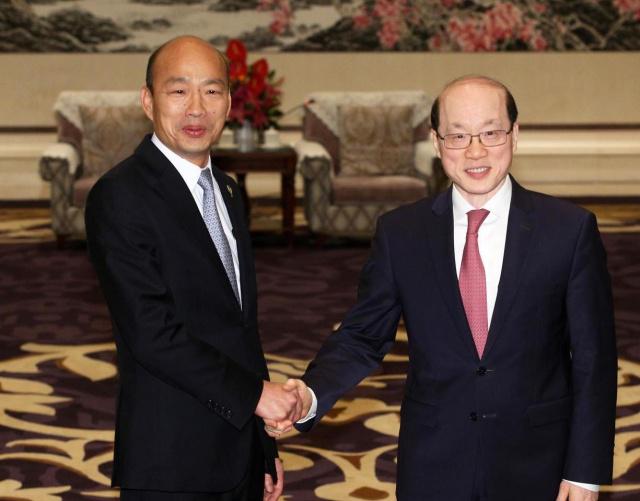 Welcoming the delegation, Liu said compatriots on both sides of the Taiwan Strait are of the same family.
"We welcome and support cities on both sides, on the basis of upholding the 1992 Consensus, to enhance exchanges and jointly seek development to bring Taiwan compatriots a stronger sense of fulfillment," Liu said.
Liu expressed the mainland's willingness to continue to share the development opportunities on the mainland with Taiwan compatriots first, carry on efforts to deepen cross-Strait integrated development and build more links across the Strait.
He also called on people on the two sides of the Strait to unite, uphold the 1992 Consensus, resolutely oppose "Taiwan independence" and make joint efforts in promoting the cross-Strait development toward the right direction and creating a bright future of the great rejuvenation of the Chinese nation.
Han said the 1992 Consensus is the underpinning of the cross-Strait relations.
He expressed hope to strengthen exchanges with mainland cities, carry out practical cooperation in economic and trade fields and take concrete measures to promote the people's wellbeing.