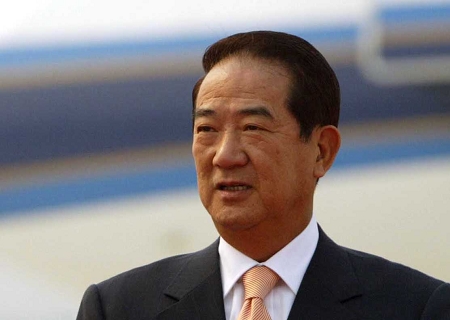 Welcoming Soong's visit, Liu said the mainland will unite with Taiwan compatriots and jointly promote the development of cross-strait relations in the right direction.

On the common political basis of upholding the 1992 Consensus and opposing "Taiwan independence," the mainland is willing to join hands with all political parties, organizations and personages in Taiwan, including the PFP, to promote peaceful development of cross-strait relations, advance the process of peaceful reunification of the motherland and jointly create a bright future for the great rejuvenation of the Chinese nation, said Liu.

Soong said the PFP has always advocated that both sides across the Taiwan Strait belong to one China and one family while opposing "Taiwan independence."

He expressed support to the peaceful development of cross-strait relations and called on compatriots on both sides to contribute to the great rejuvenation of the Chinese nation.