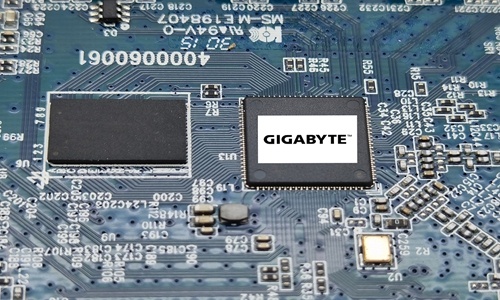 Taiwan island-based computer hardware maker Gigabyte drew waves of criticism from netizens on the Chinese mainland on Sina Weibo on Tuesday, after it posted a statement on its website bragging its "made in Taiwan" quality and mocking the quality of Chinese mainland-made products.

On its website, Gigabyte describes its e-sports laptop series Aero as "made with premium technology" and "consistently relying on Taiwan manufacturing", unlike other brands that choose to "compromise quality by outsourcing the manufacturing to China".

The statement triggered a massive backlash on Sina Weibo, and by Tuesday afternoon, e-commerce platforms JD.com and Suning had taken down the company's products.

"Where did you get the guts to say this?" questioned the Communist Youth League of China, a national youth movement run by the Communist Party of China.

In the comments section, most netizens expressed anger, saying that for the company to mock mainland products' quality is "unacceptable".

"It is a plain provocation that Gigabyte placed this on its website in simplified Chinese," said one Sina Weibo user.

Gigabyte later posted an apology on its official Weibo account, saying its statement was false, and it was caused by internal mismanagement, and it will deeply reflect on its behavior.

"Gigabyte's production lines are located across the Chinese mainland, accounting for more than 90 percent of our production," said the statement. "We are proud of the quality of products made there."

However, Gao noted that laptops produced by Gigabyte have a small market share in the mainland.

According to market consultant site Intelligence Research Group, brands including HP, Lenovo, Dell, Apple, ASUS and Acer together have 89 percent of the global laptop market.

"To praise its own products but belittle the Chinese mainland's manufacturing industry is an unfriendly and improper promotional approach," Wang Jianmin, a Taiwan affairs expert at the Chinese Academy of Social Sciences, told the Global Times on Tuesday.

He noted that the expected promotion effect of praising itself but downplaying the mainland's manufacturing quality will be difficult to achieve in this manner and may even backfire.

Wang suggested that the Chinese mainland has a large market for PC hardware, and competitors in this area also exist.

"Gigabyte needs to make a deep apology and clarification to consumers in the Chinese mainland to avoid further image damage," said Wang.