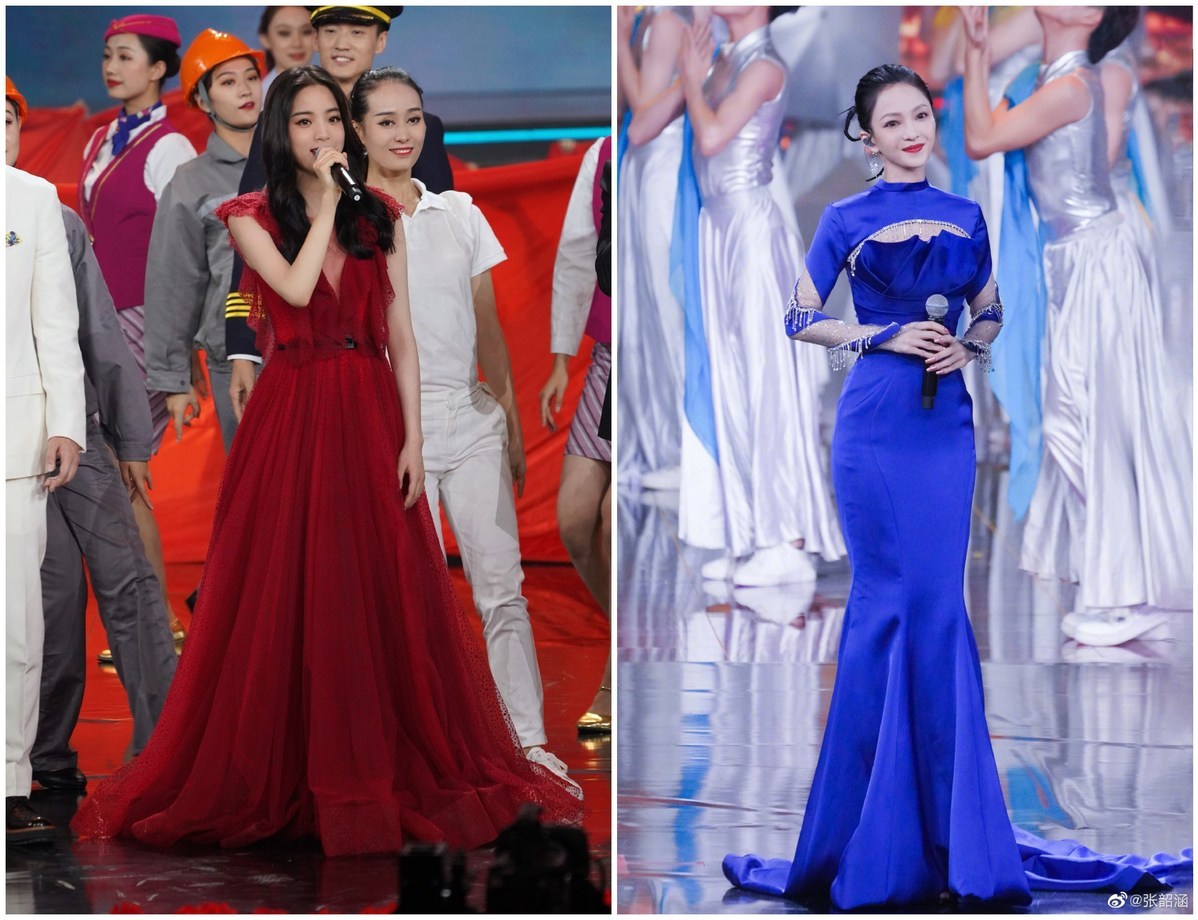 A Chinese mainland spokesman on Wednesday condemned Democratic Progressive Party authorities in Taiwan for threatening two of the island's stars for performing at a gala celebrating National Day that was broadcast on China Central Television on Wednesday night.

Promotional footage for the gala aired by CCTV on Saturday showed that Taiwan cellist and actress Ouyang Nana would perform My Motherland－a patriotic song－together with singers from Hong Kong and the Chinese mainland, and Angela Chang, a singer from Taiwan, would join mainland singers to perform a song celebrating people's efforts in the battle against the COVID-19 outbreak.

In the footage, Ouyang said she was excited to participate in the show, and Chang said she wanted to convey positive energy by singing the song about the novel coronavirus outbreak.

However, island authorities responded over the weekend that the mainland arrangement for the Taiwan artists to attend the National Day celebration is to promote the "one country, two systems" political formula for Taiwan.

If an investigation confirms these behaviors violate regulations, the stars could face punishment, including fines, they said.

"I can only say if you are out to condemn someone, you can always come up with trumped up charges," he added.

Taiwan artists participate in film and television activities on the mainland and perform with mainland singers on the same stage. They are popular with the audience, according to Ma.

"It is very clear who is setting obstacles for Taiwan residents on the mainland, politicizing normal cross-Straits exchanges, making malicious remarks about them and even using judicial means to punish them," he said.

It is the "Taiwan independence" secessionist forces and their activities that have caused the current situation across the Straits to be complicated, severe and even tense and turbulent, Ma said.

The spokesman also condemned the DPP's "constitutional amendment plan", which includes promoting participation in international organizations and activities in the name of Taiwan as well as other content related to "Taiwan independence".

He warned the DPP not to underestimate the mainland's determination to safeguard national sovereignty and territorial integrity and not to seek independence through a so-called constitutional amendment, which will only bring disaster to the island.

Ma made it clear that relevant measures taken by the mainland are aimed at "Taiwan independence" forces and their secessionist activities as well as interference from foreign forces, not Taiwan compatriots.

He called on compatriots in Taiwan to take concrete action to oppose "Taiwan independence" and safeguard the peaceful development of cross-Straits relations.