CHINA Taiwan exercises versus PLA drills like 'throwing an egg against a rock': specialist

Taiwan exercises versus PLA drills like 'throwing an egg against a rock': specialist

Beijing will continue regular military drills around Taiwan to pressure and deter the island as the island itself is set to conduct its own massive military exercises, a military observer said on Tuesday. 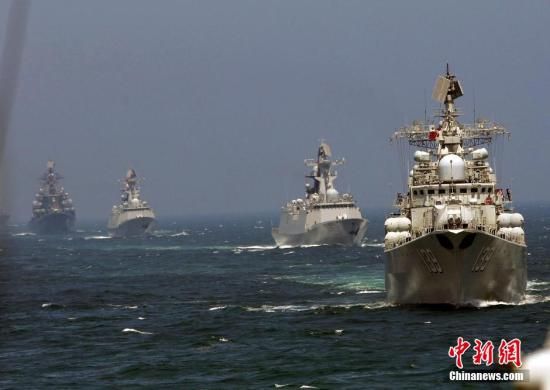 Taiwan's "defense ministry" has taken into consideration the mainland's more frequent military exercises over the past year in planning the Han Kuang exercises to make sure the military is well-prepared for all scenarios, a Taiwan military officer was quoted as saying by the Taiwan-based Central News Agency (CNA) on Tuesday.

Taiwan's largest annual drills will begin with computer-aided war games from April 30 to May 4 before live-fire drills from June 4 to 8. They will feature coast guard and civilian unmanned aerial vehicle operators, CNA said.

Taiwan uses drills to unite "Taiwan-independence forces" and also informs the US that their relations are still close, said Xu Guangyu, a retired major general of the People's Liberation Army and senior advisor to the China Arms Control and Disarmament Association.

"More importantly, Taiwan also wants to show its muscle to the mainland. But Taiwan's attempt to stack up against the mainland is like throwing an egg against a rock," Xu said, adding that "Beijing will not retreat or make any concessions on its principles to Taiwan, and we will keep regular military exercises."