Taiwan region still faces a low vaccination rate as it is slowly recovering from an ongoing two-month COVID-19 outbreak. 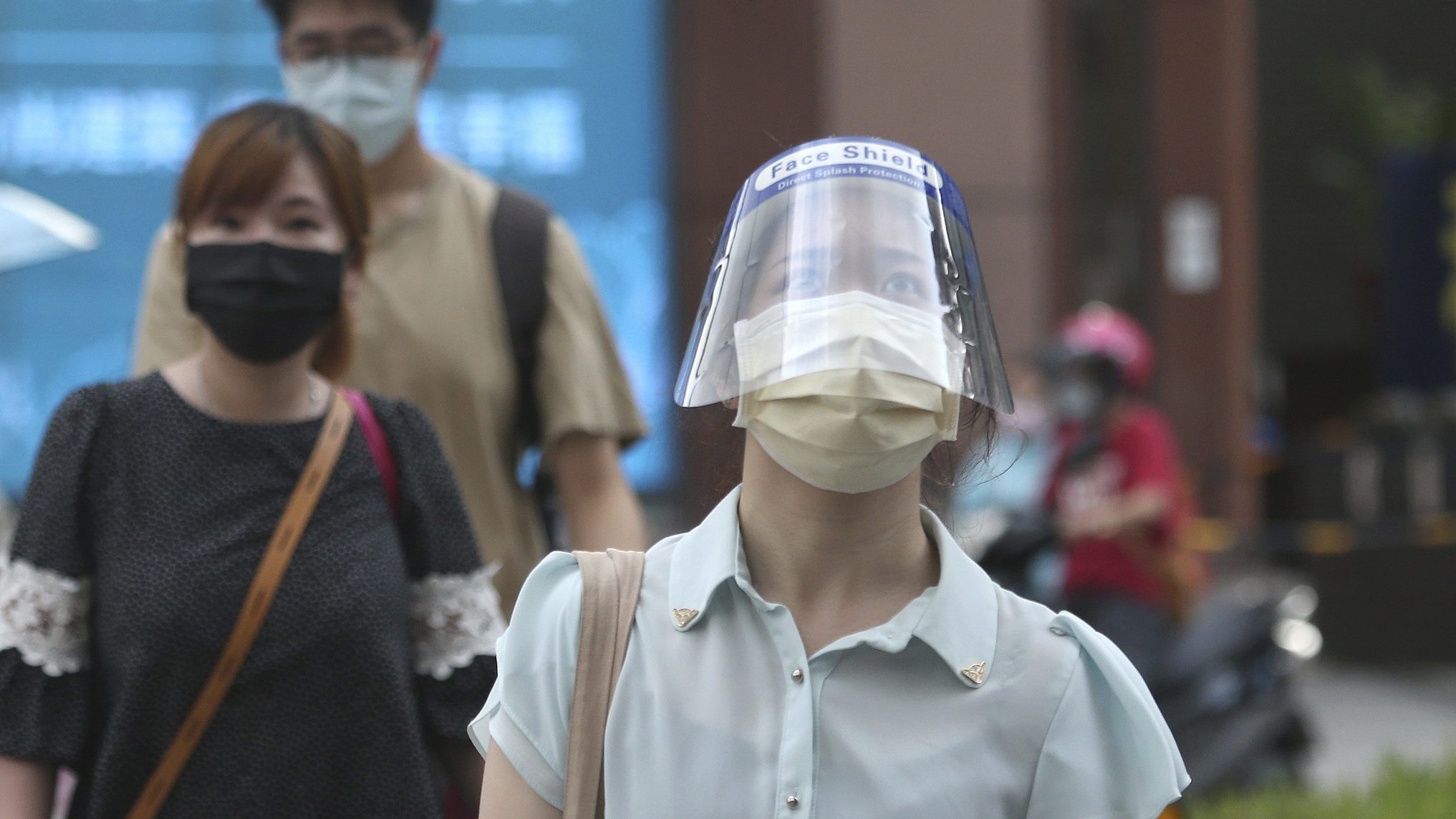 People wear face masks to help protect against the spread of the coronavirus after the COVID-19 alert rose to level-3 in Taipei, July 12, 2021. /CFP

The local health authority on Saturday announced about 4.79 million people, roughly 20 percent of Taiwan's 23.5 million population, have completed at least one dose of a two-shot regime since the vaccination campaign started on March 22, almost four months ago.

Only 0.53 percent of the population has been fully vaccinated with two doses.

The island has insisted on purchasing and using imported vaccines from AstraZeneca and Moderna rather than accepting vaccine aid from the Chinese mainland, which expressed its willingness on multiple occasions to provide COVID-19 related support in any form.

Residents of the island have complained about the local authorities' actions as the tight supply of the imported vaccines has been slowing the vaccination rollout.

The deal was finally reached after months of stagnation as Taiwan authority insisted on purchasing vaccines from BioNTech directly rather than from Shanghai's Fosun. The failed attempt wasted precious time as local residents were in urgent need of vaccines.

The two companies will donate the vaccines to the local disease control agency.

However, Fosun didn't give details of a delivery time frame. 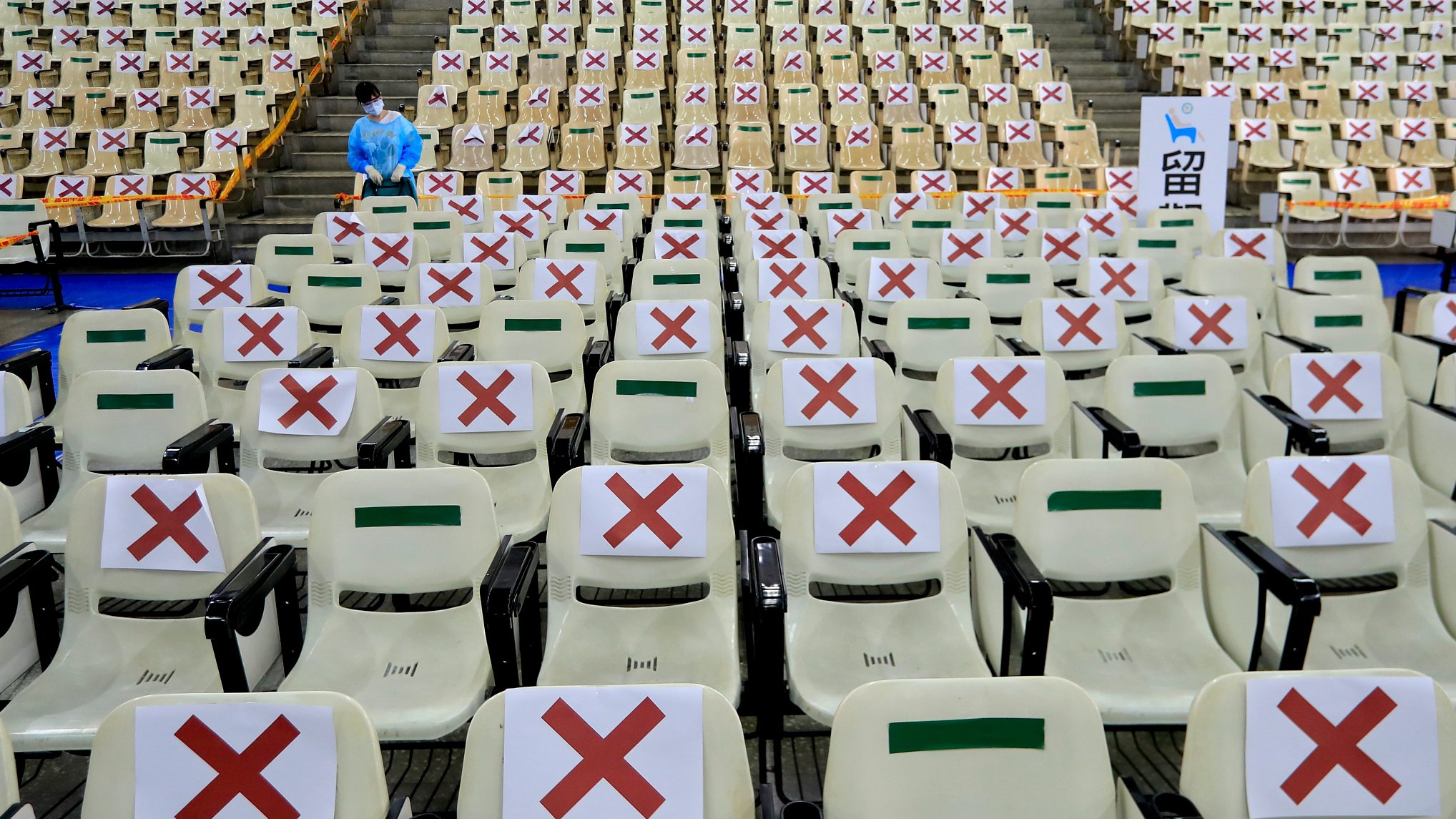 A medical worker on duty in an observation area of a vaccination center in New Taipei, Taiwan region, June 15, 2021. /CFP

Taiwan, which has been under a level-3 COVID-19 alert since mid-May, plans to drop its precaution level on July 26 as long as the coronavirus curve continues to flatten. The current soft lockdown was imposed to curb the latest surge in local COVID-19 cases.

With new supplies of COVID-19 vaccines and months-long restrictions, the situation on the island has been improving as the region on Saturday reported eight new local cases, marking the lowest case number recorded in a single day since mid-May.

Despite the vaccination efforts, there are increasing concerns about lax contact tracing and the high death rate, according to media reports.

"We never got a call from the authorities like they promised. I had to call and ask about my father-in-law's test results, then my family went into home quarantine," Yen Tzu-hsin, whose 66-year-old father-in-law tested positive for COVID-19, was quoted as saying by The Straits Times, adding that contact tracing "had become lax."

At the end of June, the COVID-19 case fatality rate (CFR) on the island exceeded 4 percent, almost double the world average, according to Global Times.

Wang Jianmin, a cross-strait expert at Minnan Normal University, told the Global Times that politicizing the vaccine issue contributed to Taiwan's high mortality rate, not to mention the much-criticized practices of no mass testing and no makeshift hospitals for quarantine.

Taiwan has also been eager to push its own vaccines, which were expected to be approved before finishing the final stage of testing. Meanwhile, more than 60 local residents have died after receiving AstraZeneca shots as of June 20.

Local health authorities plan to take a regulatory shortcut in approving two vaccines being developed on the island, AP reported, adding that "the shortcut would allow the shots to be given to people for emergency use before the vaccines have finished the final stage of testing." A local official has resigned because of the proposal as it caused doubts about the risks among the public.