The Democratic Progressive Party of Taiwan's remarks on the arrest of 53 law breakers by Hong Kong police revealed the party's intention to seek "independence", a Chinese mainland spokeswoman said on Thursday. 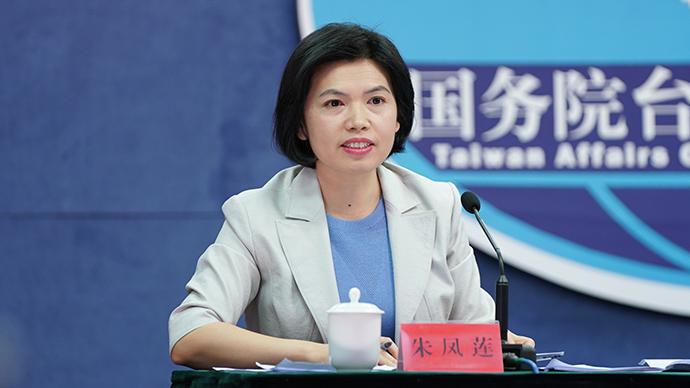 Hong Kong police arrested 53 people on Wednesday on suspicion of subversion under the National Security Law by conspiring to pressure the chief executive to step down, potentially paralyzing the government of the special administrative region.

Taiwan leader Tsai Ing-wen said in a tweet that the arrest was a "blow to freedom in Hong Kong" and that the island will "continue to resolutely support a free Hong Kong and stand up for the shared democratic values."

Zhu Fenglian, a spokeswoman for the Taiwan Affairs Office of the State Council, said on Thursday that the Hong Kong SAR government is justified in its efforts to punish violators of the National Security Law.

The DPP administration has overreached itself with its remarks and once again exposed its "evil" intention to seek "independence" for the island by interfering in Hong Kong's affairs, Zhu said.

She urged the DPP to stop the political manipulation and cease encouraging illegal activities.

"Those who obstinately seek independence will surely reap the consequences," she said.