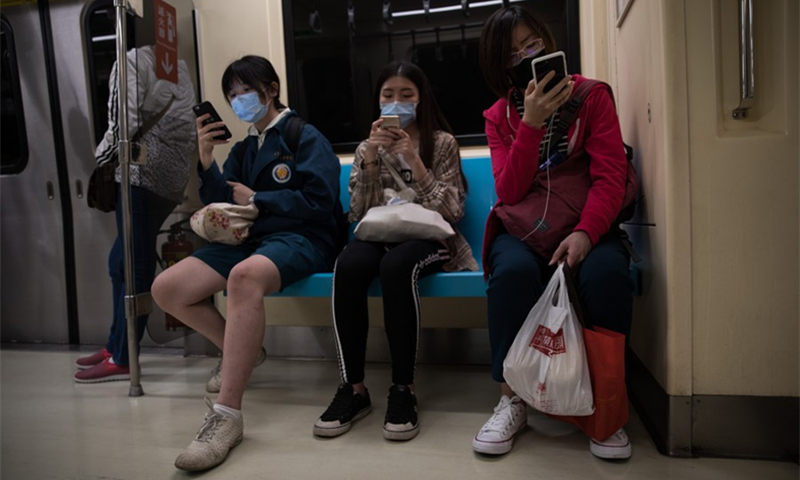 Passengers on the metro train in Taipei. (photo: Xinhua/Jin Liwang)

It is the 17th consecutive day that the number of new local infections on the island has exceeded 200.

Among the 65 backlogged cases, 31 were male and 34 were female, aged below five to over 90, the agency said.

The 13 fatalities included 10 men and three women, who passed away between May 24 and May 31.

On the same day, Taiwan also reported five new imported COVID-19 cases, all from the Philippines.

Since mid-May, Taiwan has seen a spike in local infections amid strained medical resources. Given the severity of local transmissions, Taiwan has extended its level-3 alert for COVID-19 to June 14.

The total number of confirmed cases on the island since the epidemic began has risen to 8,842, including 7,647 local cases. A total of 137 deaths have been recorded, the agency said.